Truthfully, this is a pretty boring day of just traveling in misery.

Woke up this morning, felt fine from the food poisoning. Must have lucked out and the symptoms I had last night was the worst of it. Lucky me. My flight is around noon, so this morning I just got up, did some last minute packing, and had the hotel call a taxi for me. I could have taken the airport bus, but then that throws more unknown into the trip. What if the bus runs into traffic, but can’t divert the route because it needs to follow its route. etc. No reason to add to my stress on top of the food poisoning. 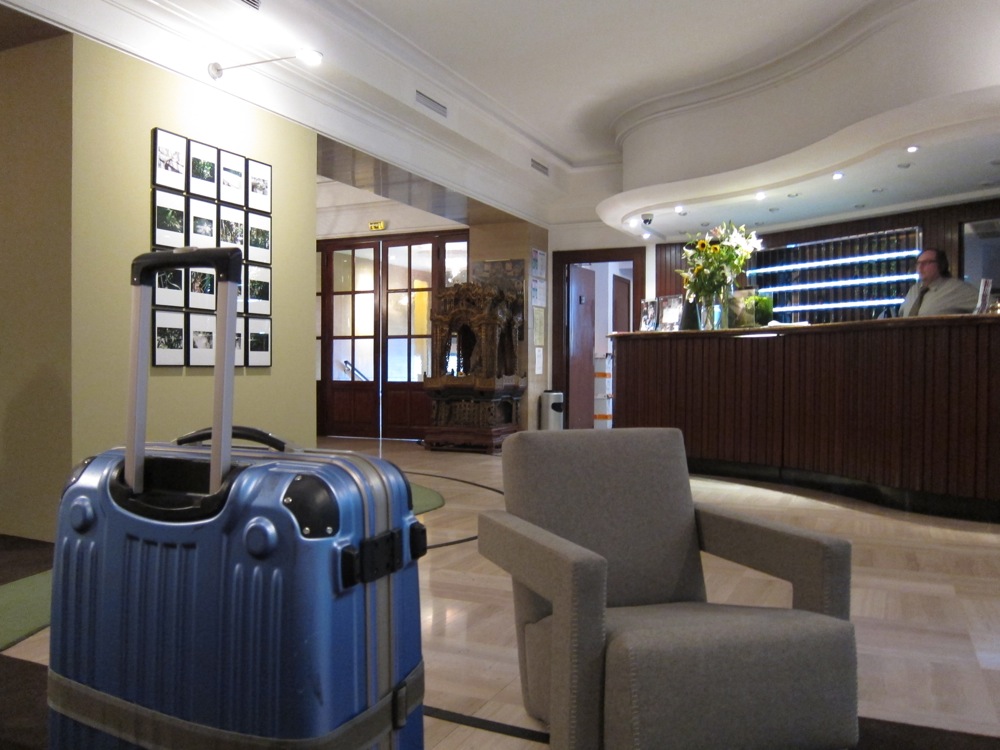 Waiting for my taxi to arrive. 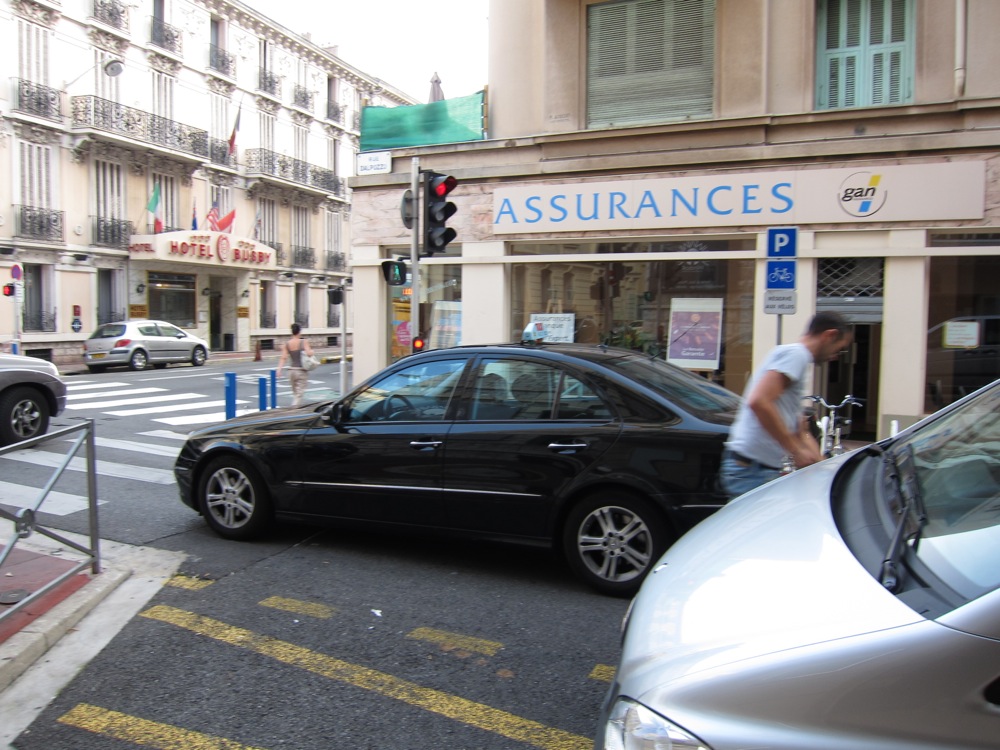 Take me home, Mercedes taxi. Home to my dog Robert Redford, who probably doesn’t even realize that I’ve been gone for 3 weeks since he’s been so busy playing in the yard at my parents’ house. 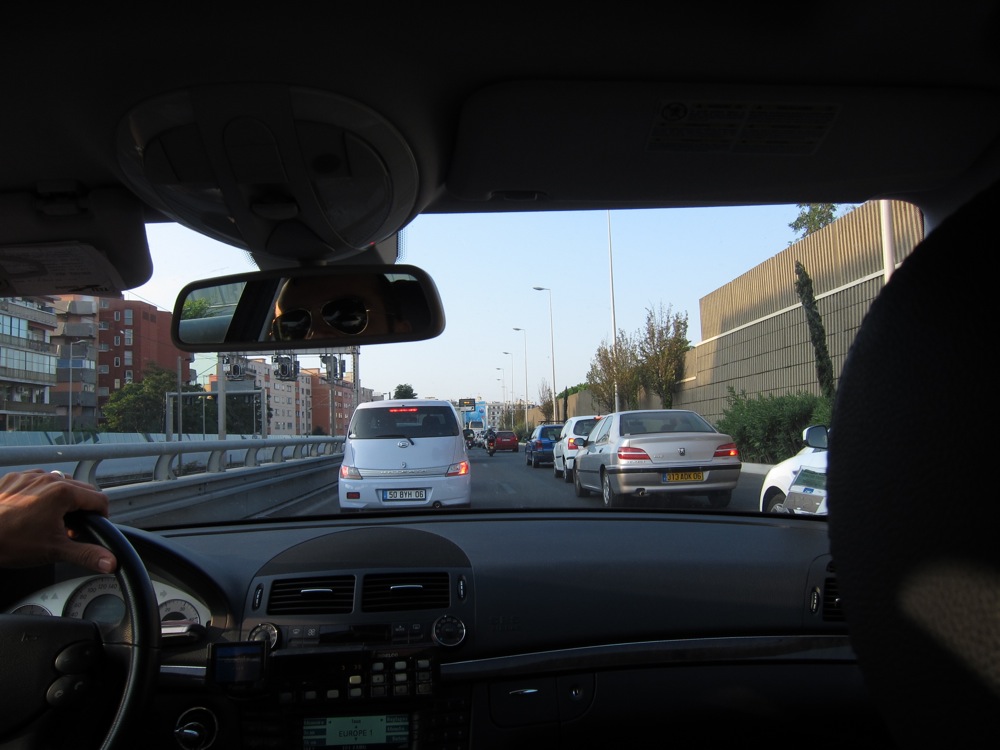 Sure enough, we run into some traffic. Glad I didn’t take the bus. At least we were able to take alternate routes with the taxi. 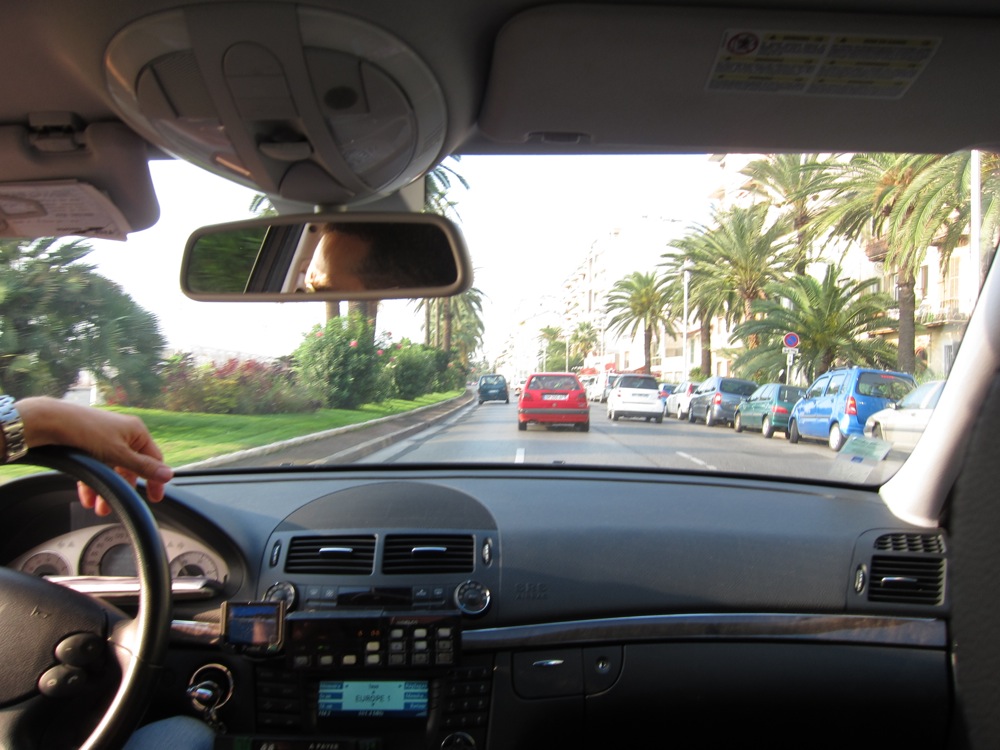 Along Promenade des Anglais towards the airport. 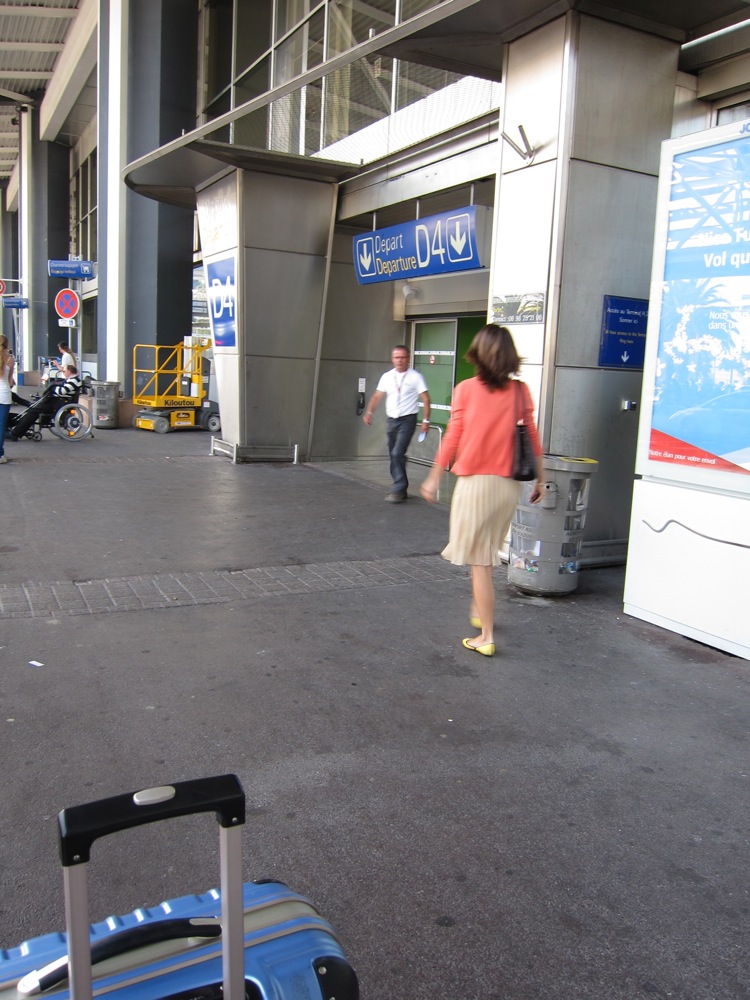 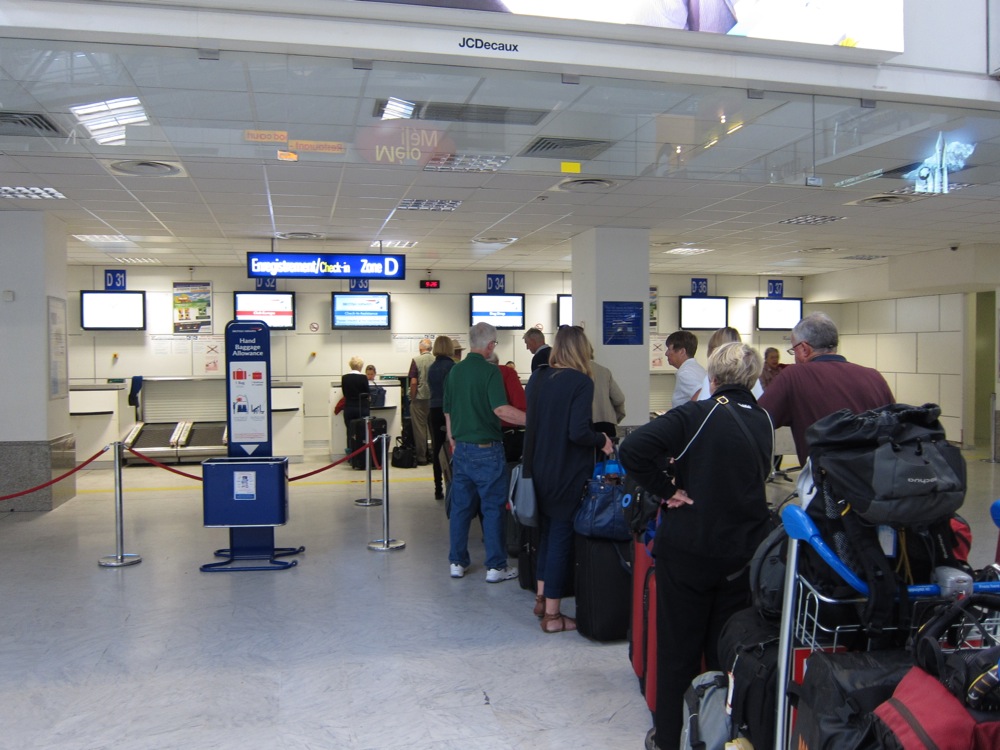 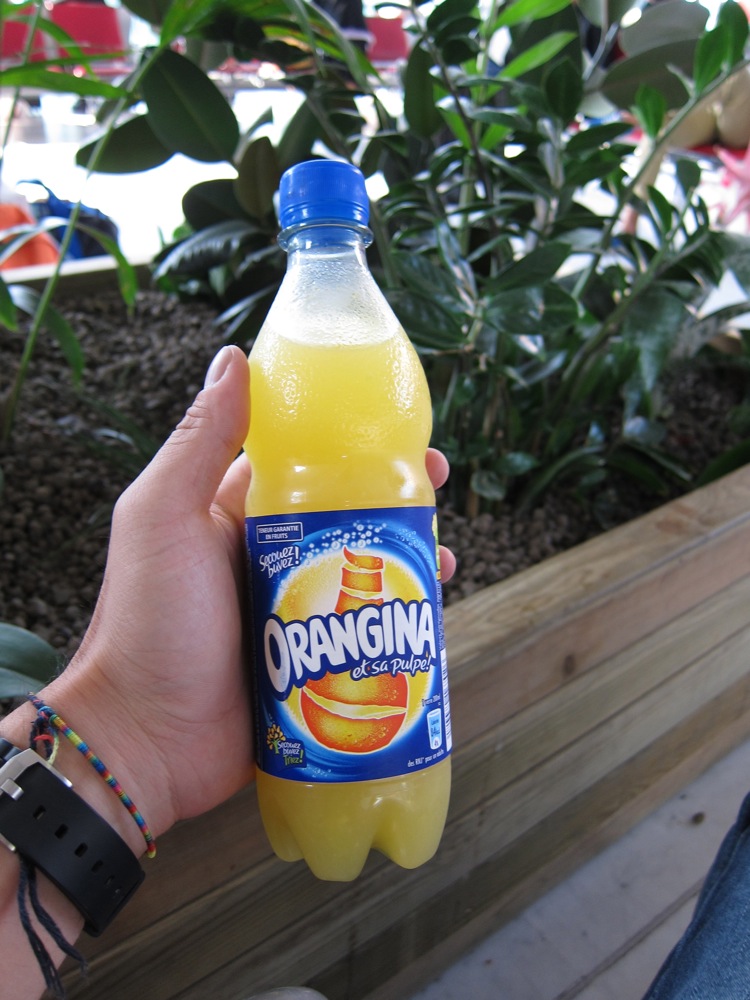 My last French bought Orangina on this trip. 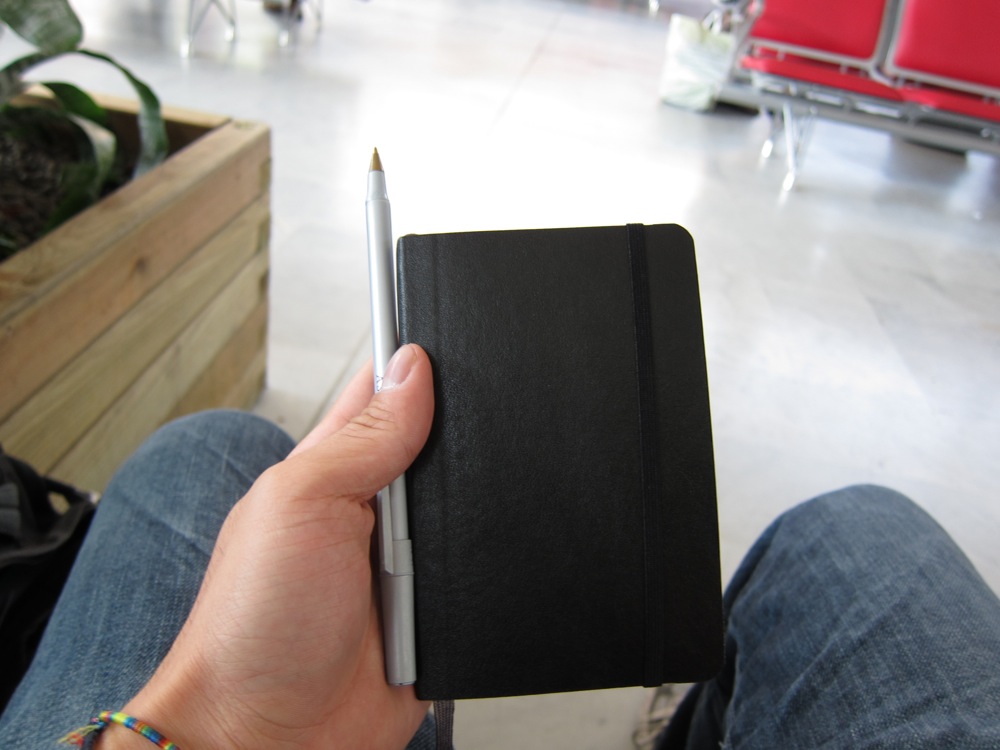 Wrote down some last minute thoughts about the trip.

After I had checked in, went through security(You don’t have to take off your shoes here in Europe unless you’ve got dress shoes), I waited at the gate. Then I started feeling cold, only had on a thin T-shirt since I was coming back to Texas. Quickly, I got really cold. I started getting chills and things were just not feeling right. I was getting a fever, and it was getting worse by the minute. Crap, I guess the food poisoning is still haunting me! 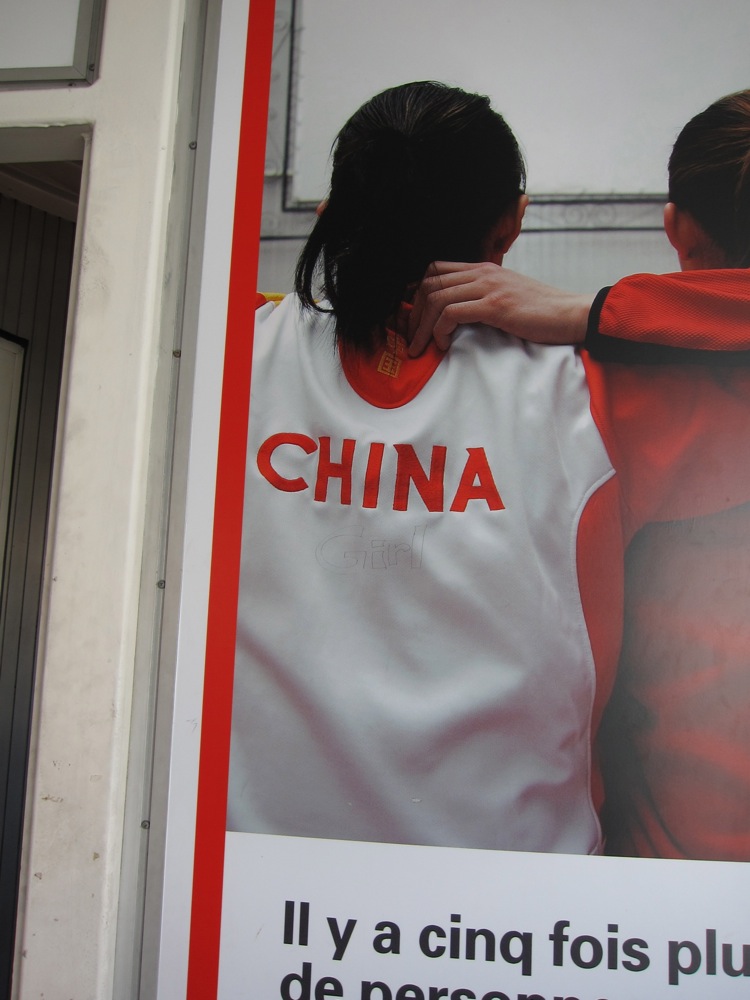 Random love for vandals. I’m a mess without my, little China girl. 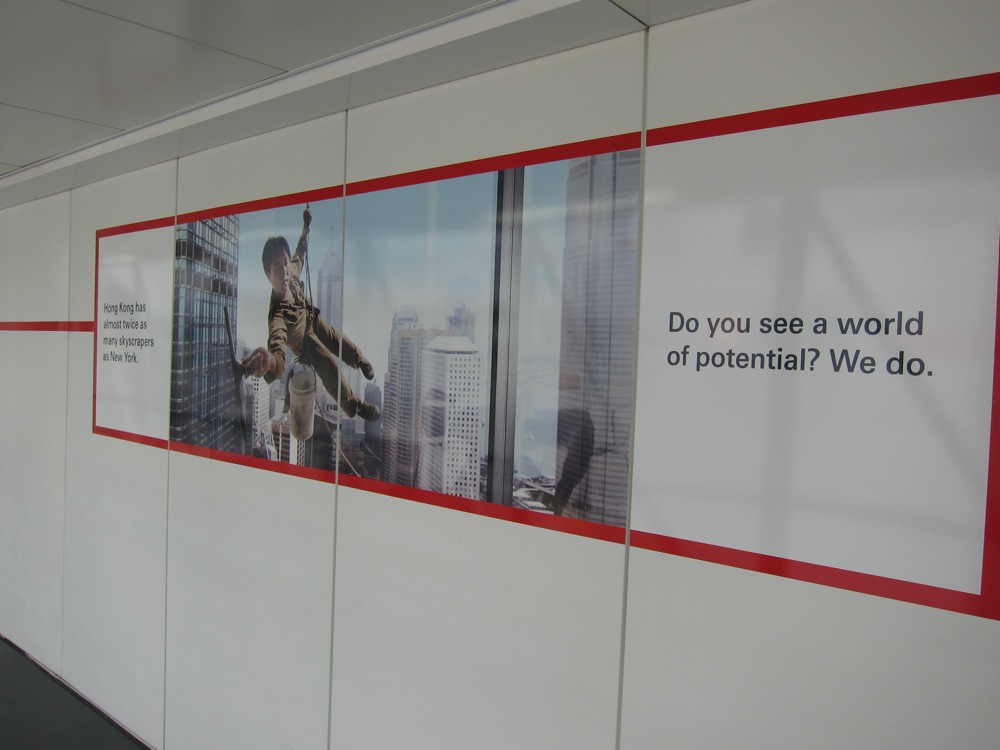 This ad doesn’t make sense to me. I am sure they are not advertising in an airport towards people who would like to become window washers in Hong Kong. If not, then this stock photo is conveying the wrong message.

My first flight was a short 2 hour flight from Nice to London Heathrow for a connection. By the time I boarded the flight, my fever was in full bloom, and I was miserable. Sat down in my seat shivering all over from chills, and then I look up to see that the vents inside the plane was blowing out condensation because they had the temperature turned down so low. Talk about insult on top of injury. The next two hours felt like I was sitting naked in Antarctica. Ugh. 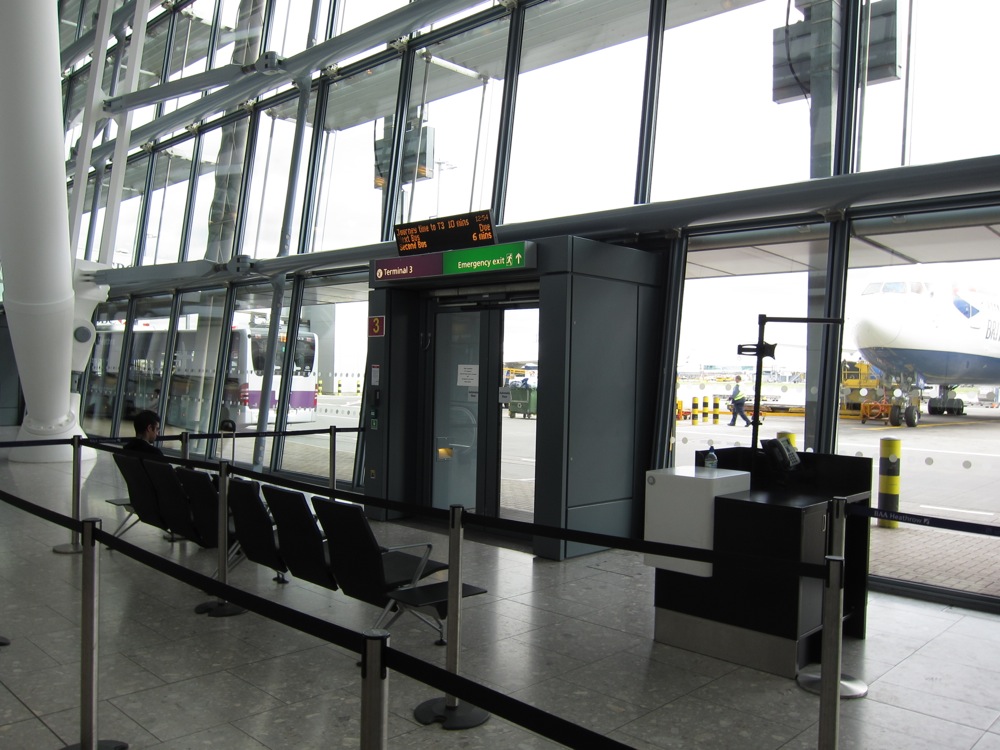 Arrived at Terminal 5(The Mall) in Heathrow, and had to catch a bus to connect me to Terminal 3. The airport is so big, the bus ride itself took 15 to 20 minutes to get to Terminal 3! That’s with no other stops to pick up any other passengers. 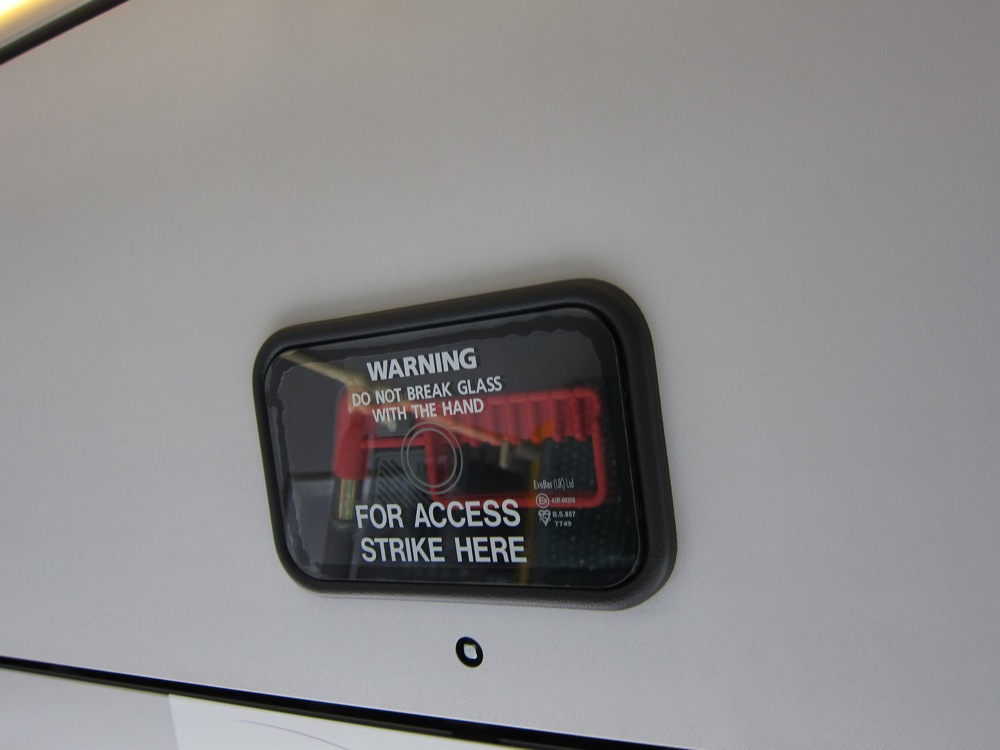 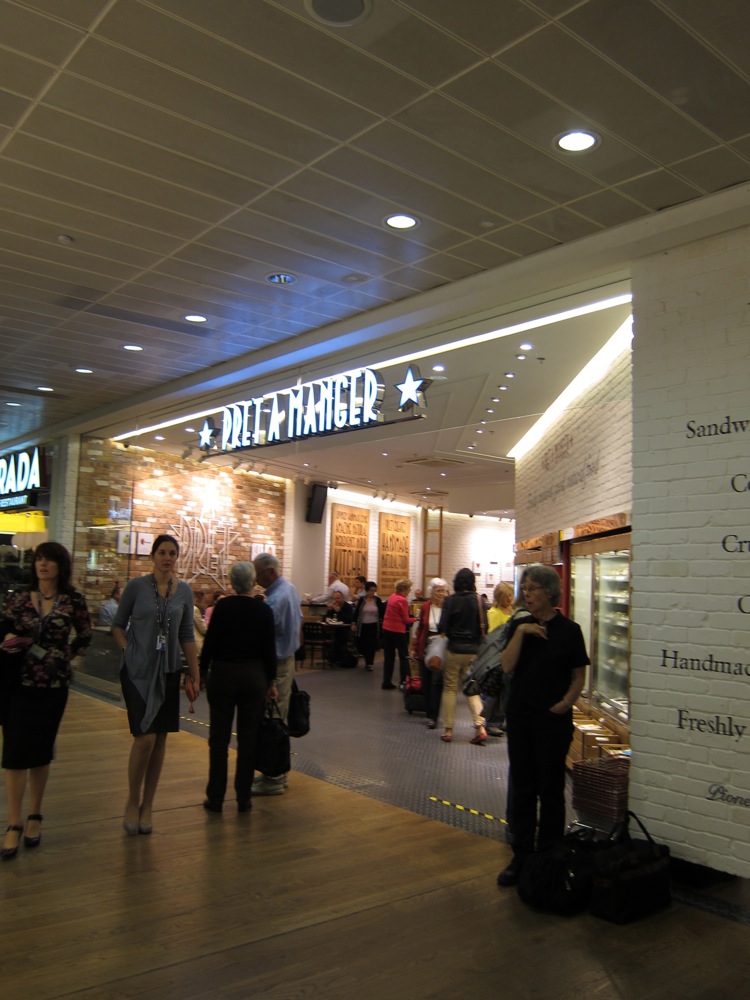 They charged one price for getting a sandwich to go, and a higher price for eating in. I’ll take mine to go please. 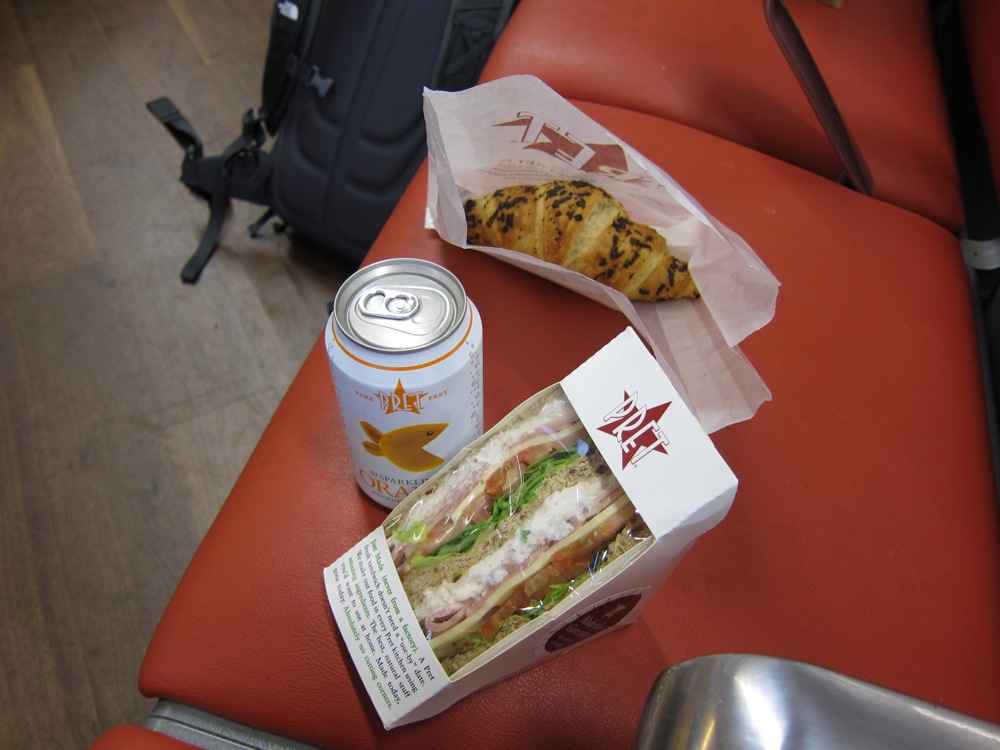 Must force myself to eat despite feeling like shit…

Terminal 3 has a pretty large shopping area as well. Nothing like Terminal 5, but Heathrow definitely leverages their position by putting high end retail where all the high income international travelers walk through. I am surprised not more airports around the world have a shopping mall inside their international terminals. Seems like a pretty good racket for Heathrow. 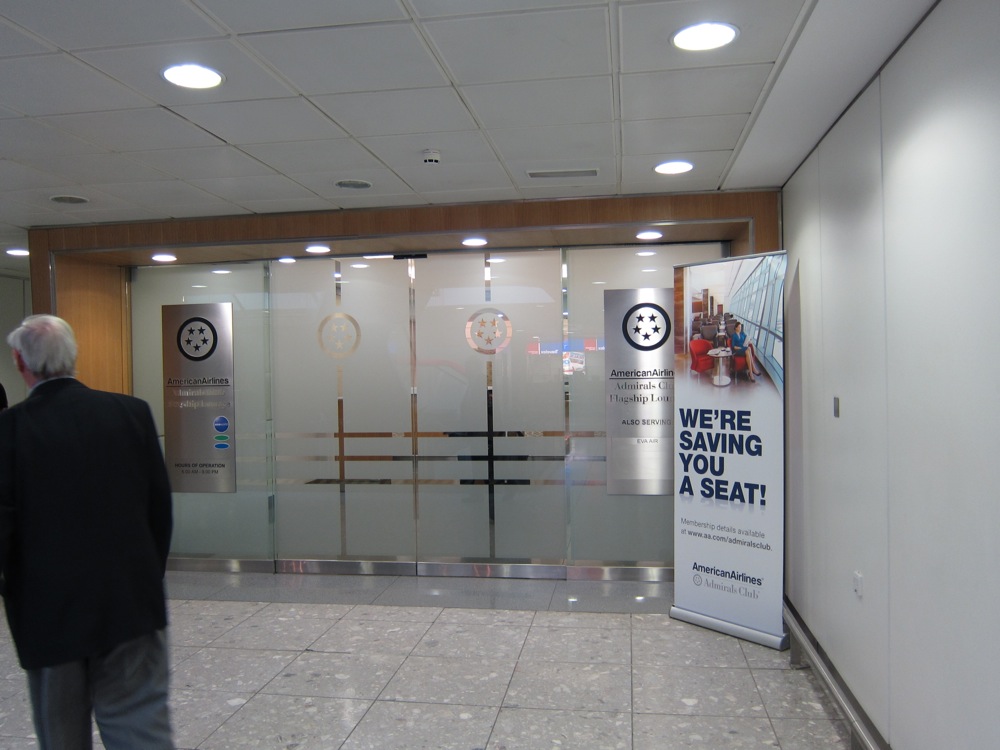 Look at what I found. I got in for free with Amex. 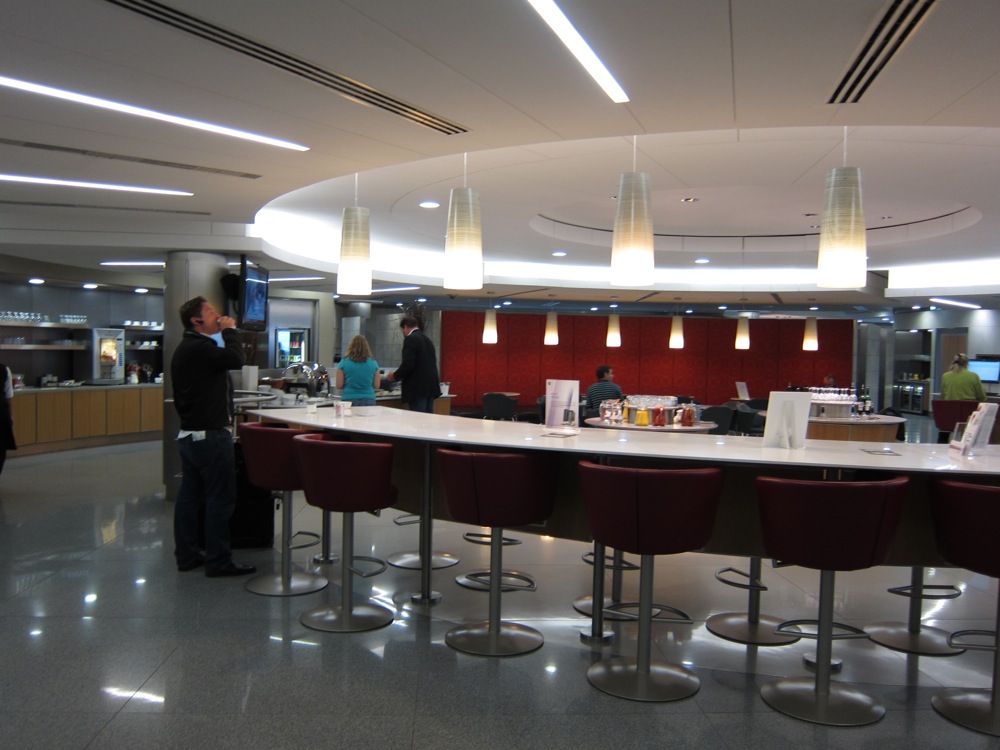 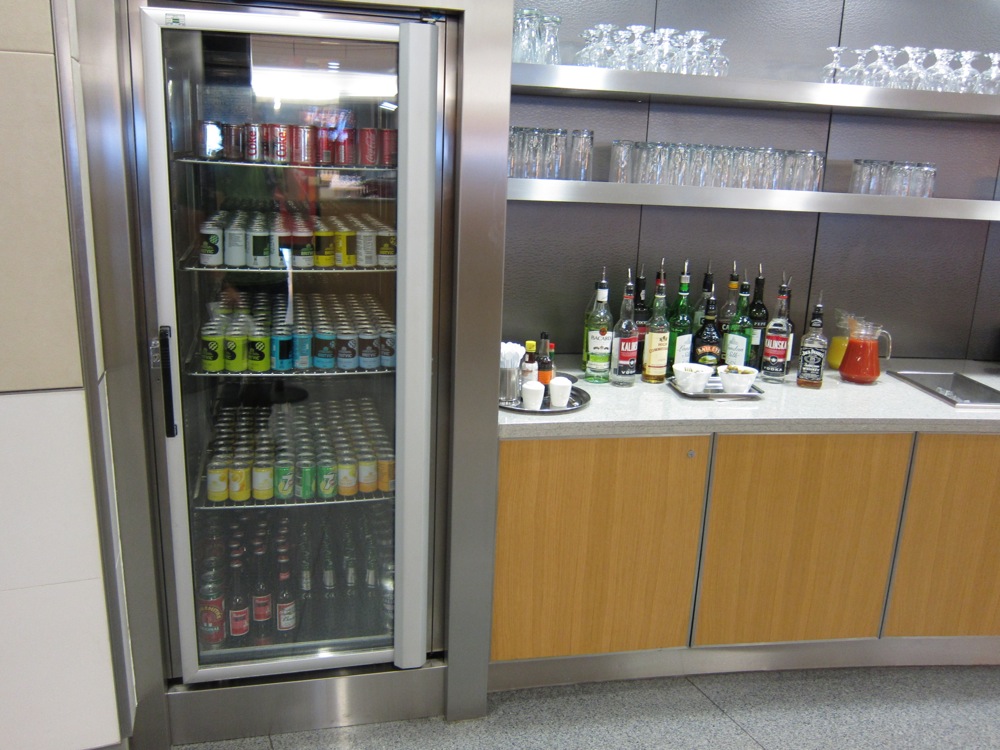 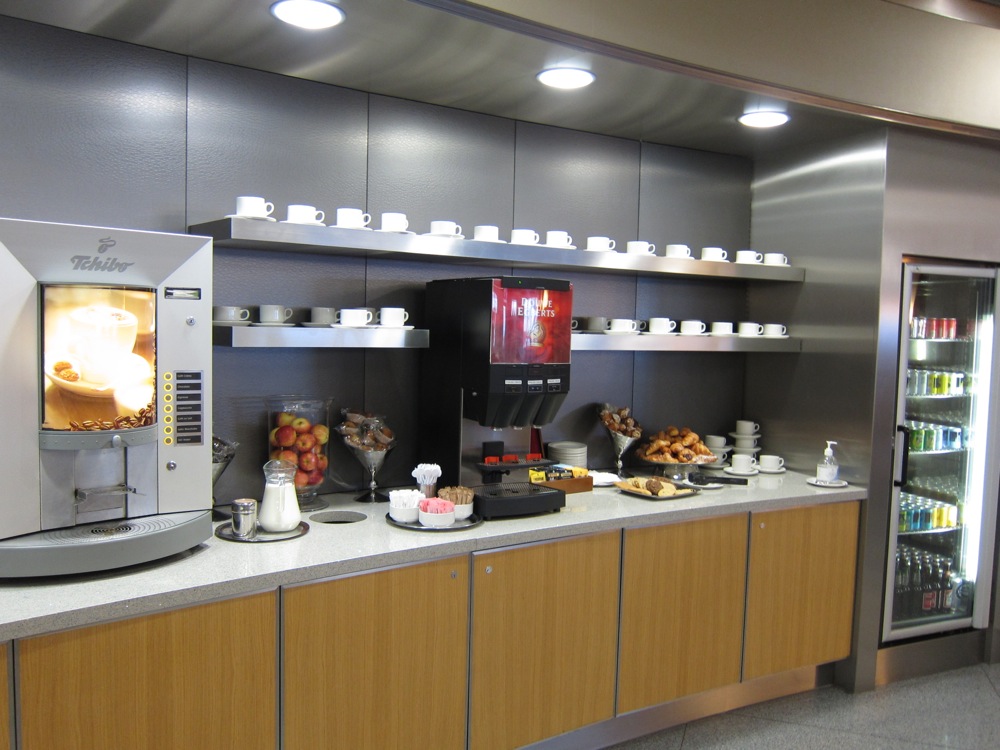 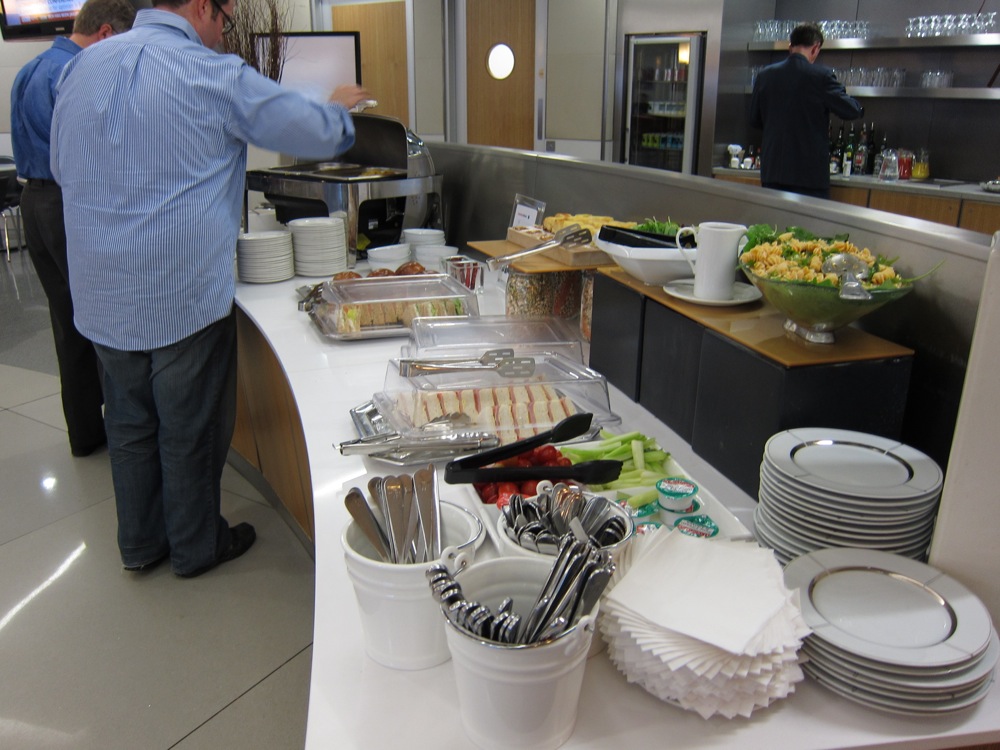 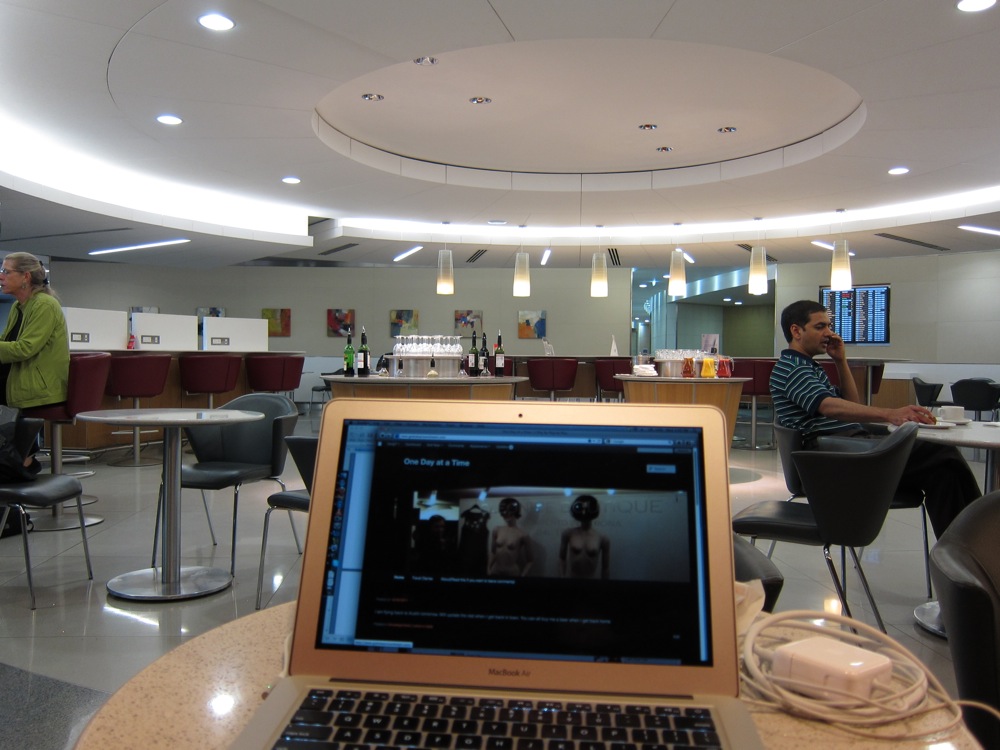 I didn’t really update the blog. I just used the wifi here to look up more about food poisoning. It’s been so long, I don’t even remember the last time I had food poisoning. 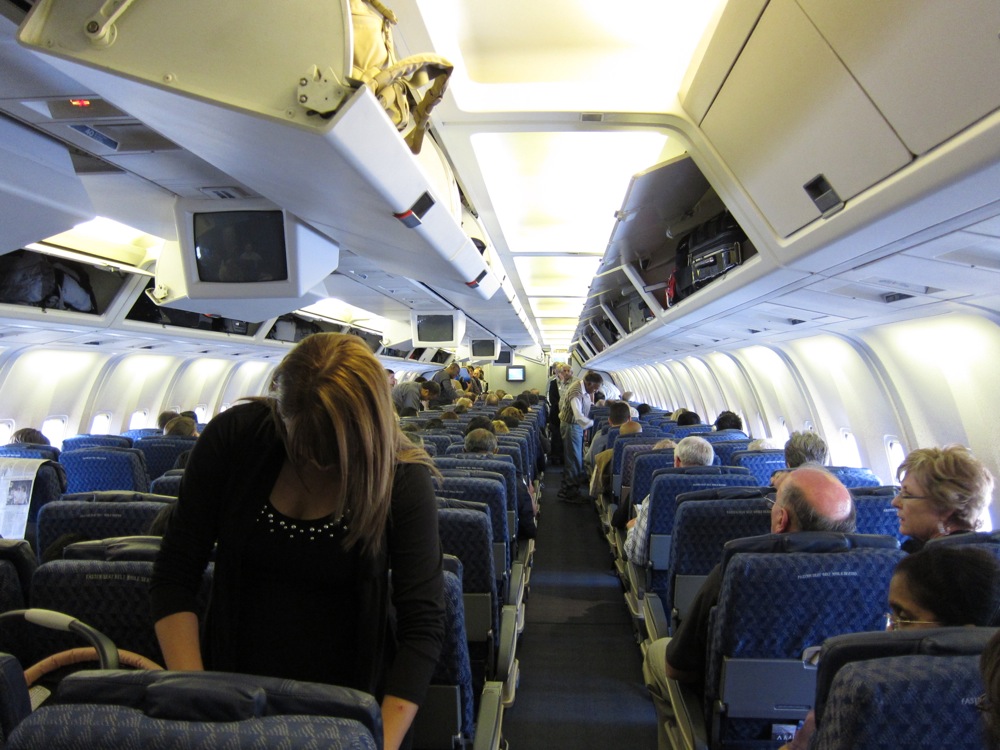 Just got on my plane for the 10 hour long flight from London to Dallas. Still running a high fever and feeling like I am sitting inside a freezer. My seat is literally the second to last row in the back. No one even sat in the last row as the stewardesses used it for their bags. The only benefit to this was that I literally sat next to the bathrooms so that may come in handy just in case….

The beauty about long haul international flights is that they give you pillows and blankets. In my case, I had 4 layers of blankets, but I was still shivering and never felt warm. Then I went into a delirious state for a while where I kept on slipping in and out of sleep. About halfway through the flight, some 10 hours after when my fever started, I woke up from sleep and I felt perfectly fine again. Just like that, I had beaten my mild food poisoning. No other symptoms today other than just the fever, which in a way, makes me lucky. I’ll take fever over all those other potential symptoms any day. Also lucked out that I didn’t lose a day of sightseeing due to food poisoning. At least I was just going to be stuck on a plane regardless of food poisoning or not. 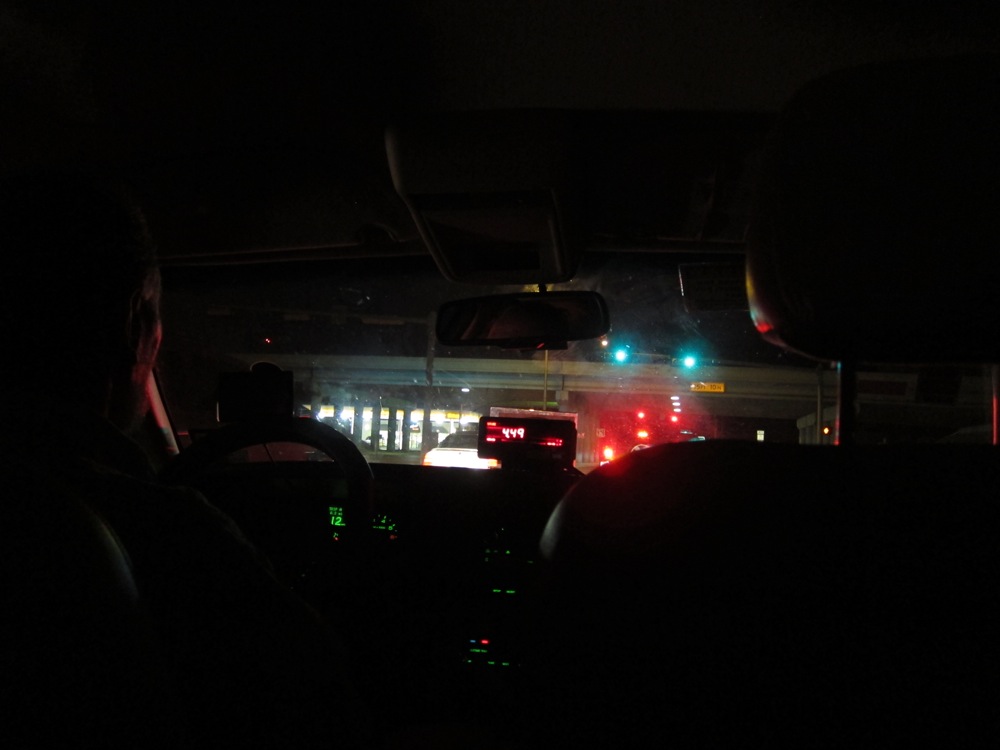 A quick connection in Dallas finally put me into Austin. Got in a taxi and I am almost home. 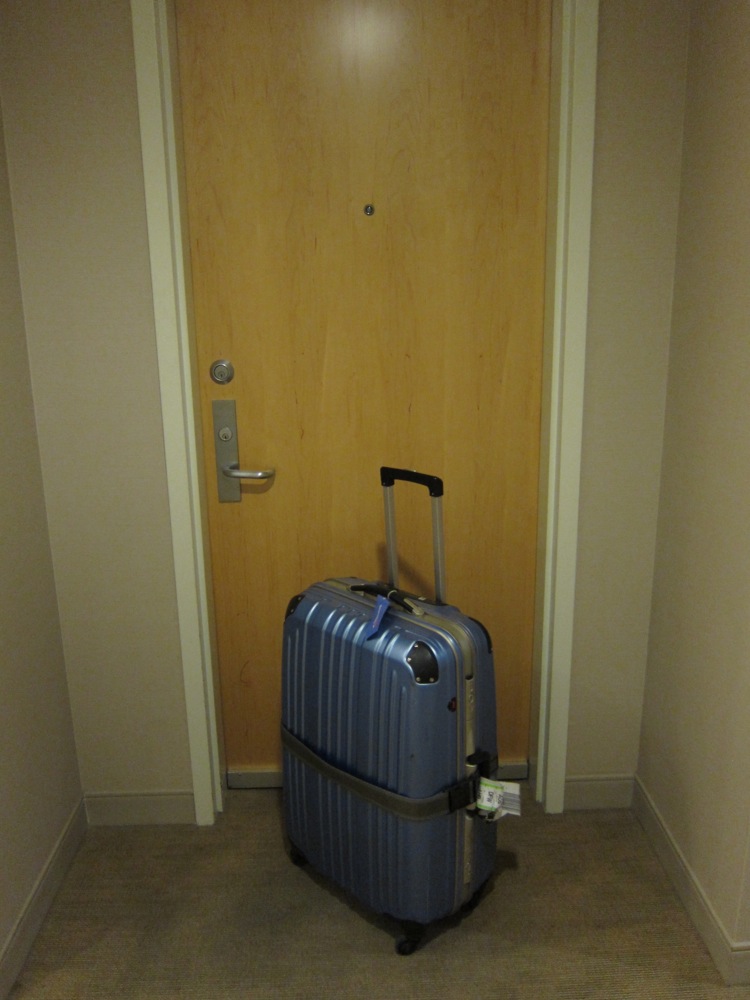 Numbers. During this trip, I had Kebab 6 times, took 7 flights, 14 trains(not including countless subways), 18 cups of coffee, roughly 91 drinks of alcohol(I was surprised myself after counting up the numbers!), and snapped 6,435 photos.

The picture of me sticking out my jaw in Vienna Day 2 is to mock the Habsburgs, who ruled much of the region for centuries with Vienna as their capital. There was so much inbreeding amongst the Hapsburg royalty(they wanted to keep the bloodline “pure”) that many of them developed severe underbites and that became a well known feature for a Habsburg.

Out of all the reading materials that I brought with me, I only managed to finish one magazine and did not even get a chance to open a single book. I love carrying around dead weight.

The End. Until next time…