I will meet up with my new friends again tonight for some drinks while wandering around Rome at night. 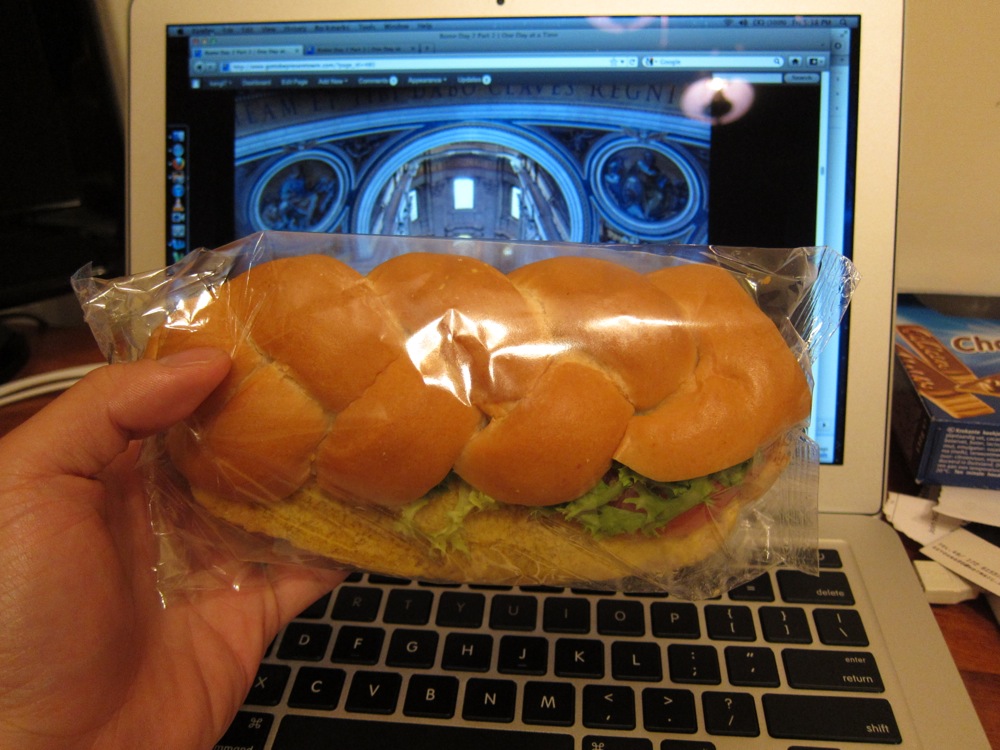 This will be dinner tonight. Got this from the local grocery store. It’s a chicken patty sandwich. What’s cool about being in a brand new foreign country is that even when you buy mediocre food at the grocery store, eating it is still an experience because you’ve never had it before. 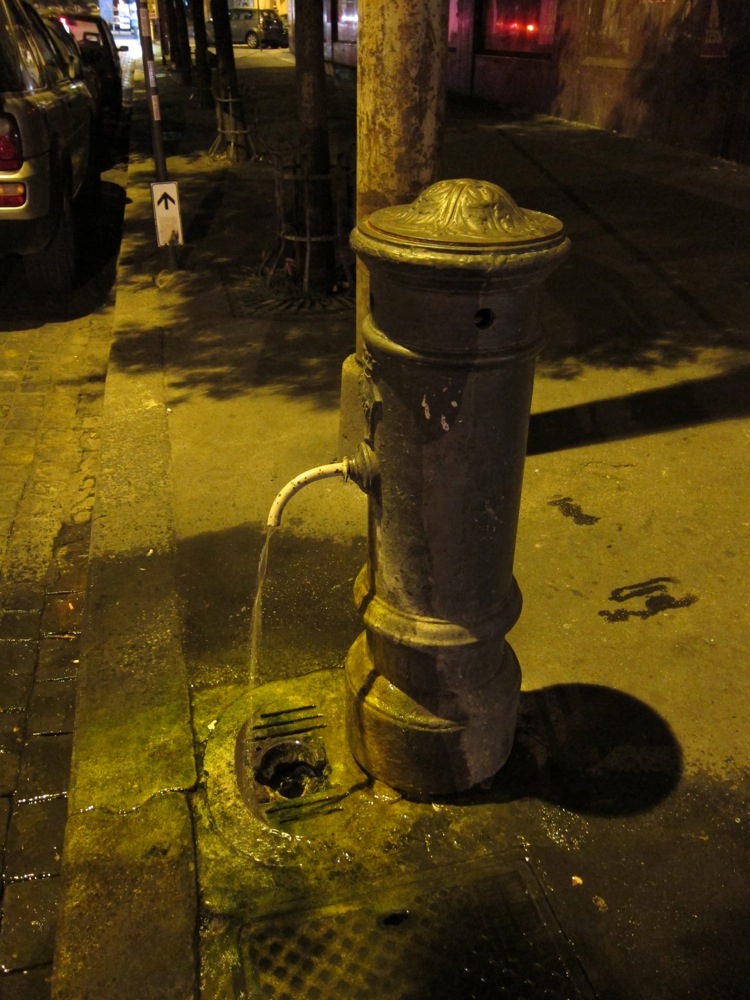 I see these things all over town.

My new friend A turned out to be severely hungover from the all night drinking last night. Two Asians out drank an Irish last night. So, the two remaining healthy people were on a mission to get food for A. 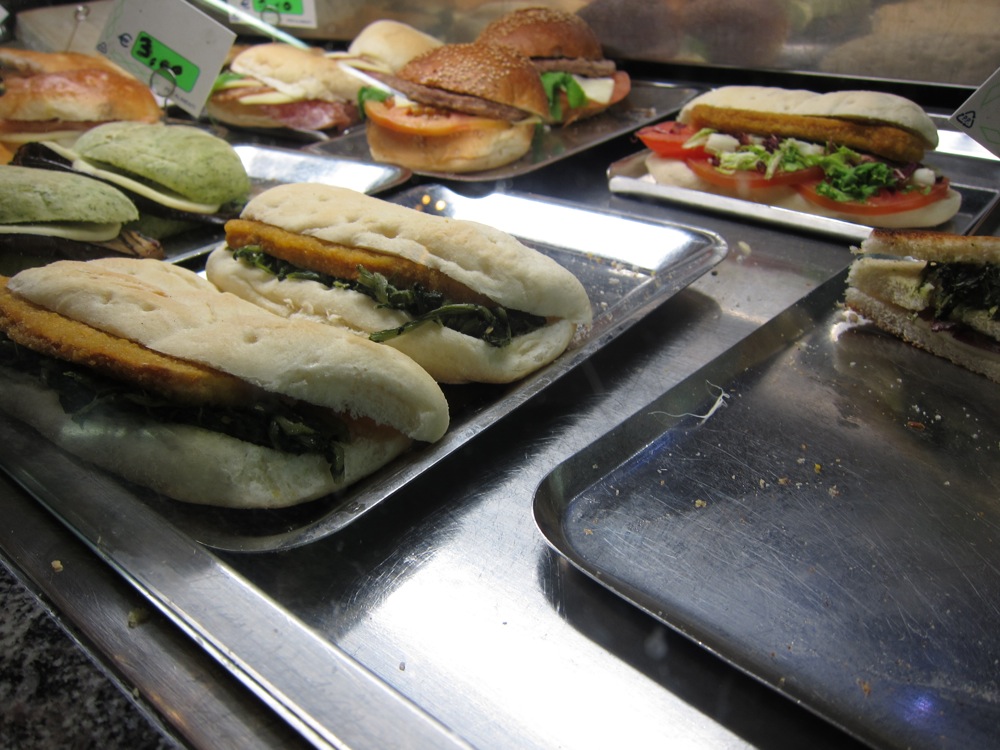 Found a sandwich shop that sells, well, everything. Pizza, wine, beer, desserts etc. etc. The lady who worked behind the counter was funny. She would be really mean at us for splitting the order up, then also mad at not telling her that it was to go. Mostly it was the language barrier. She would give us attitude, and two minutes later she would smile at us. I’d go up and order a beer, or dessert to add to our order and she would give me attitude again follow a few minutes later with a smile. Very strange. 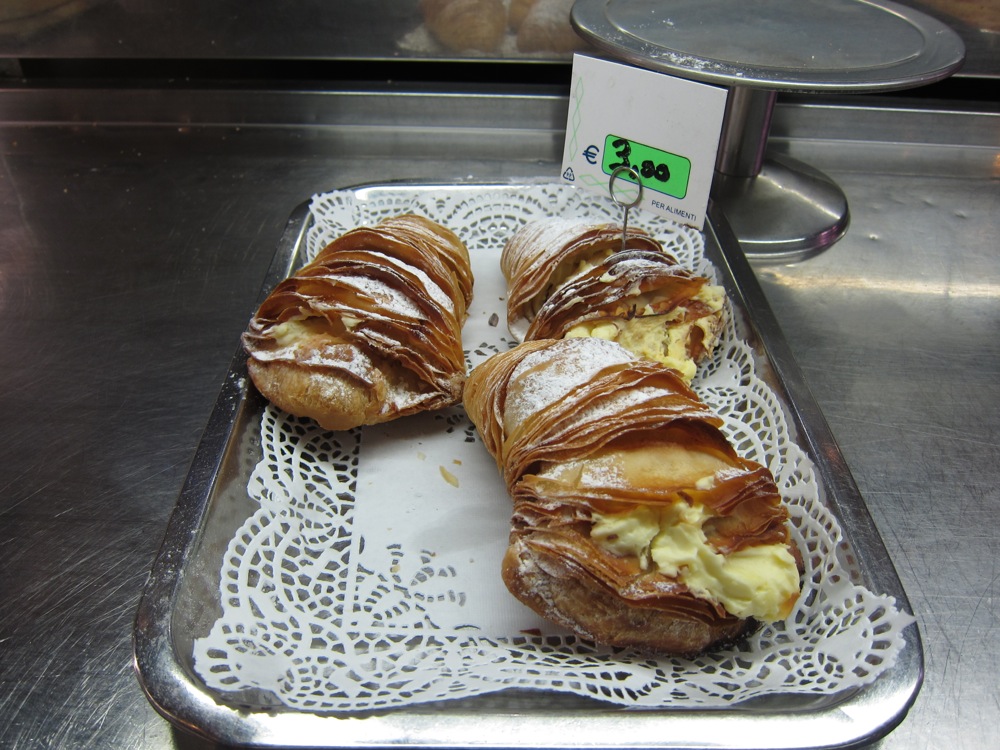 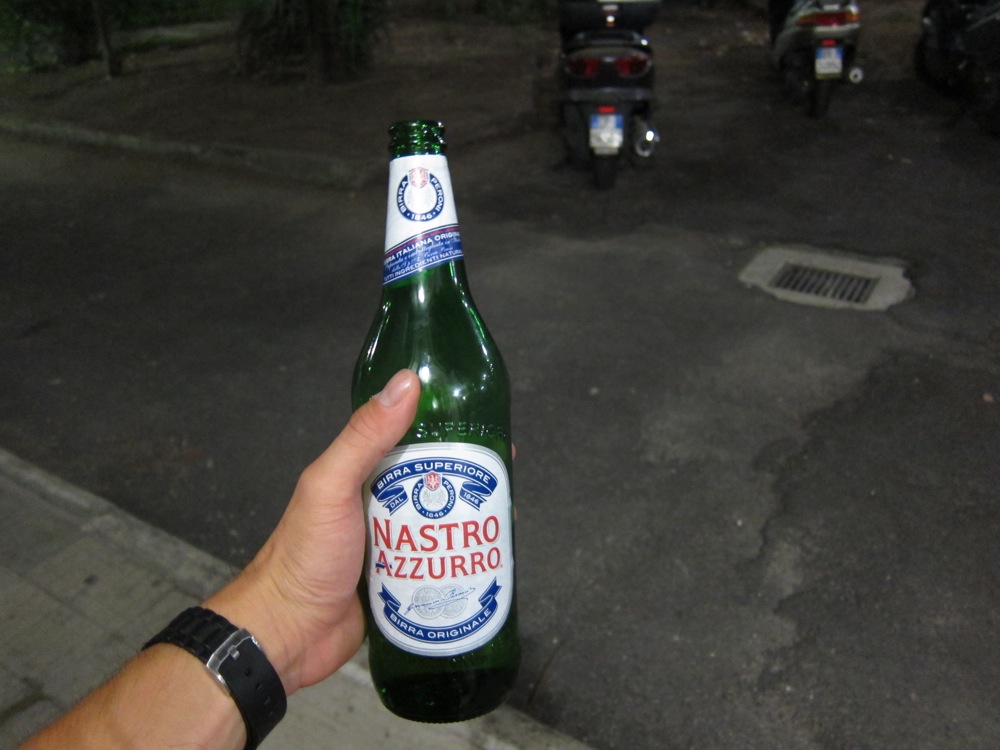 Love how I can drink beer on the street. 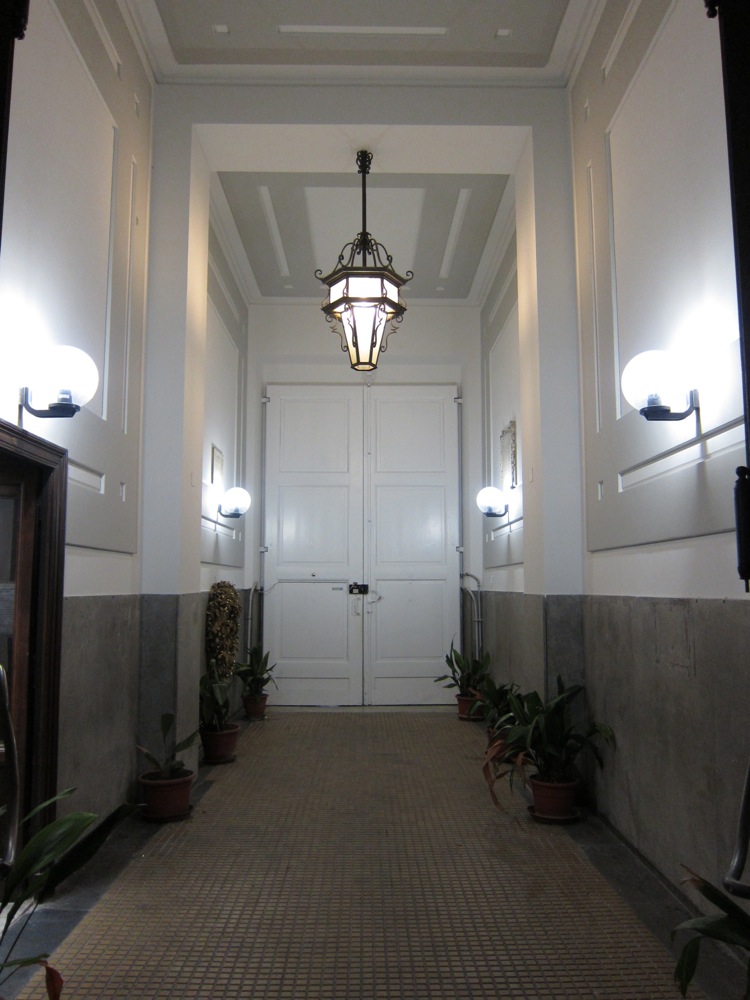 Many of the buildings in central Rome have these huge doors that face the street. This is a shot from the vestibule behind one of those doors. 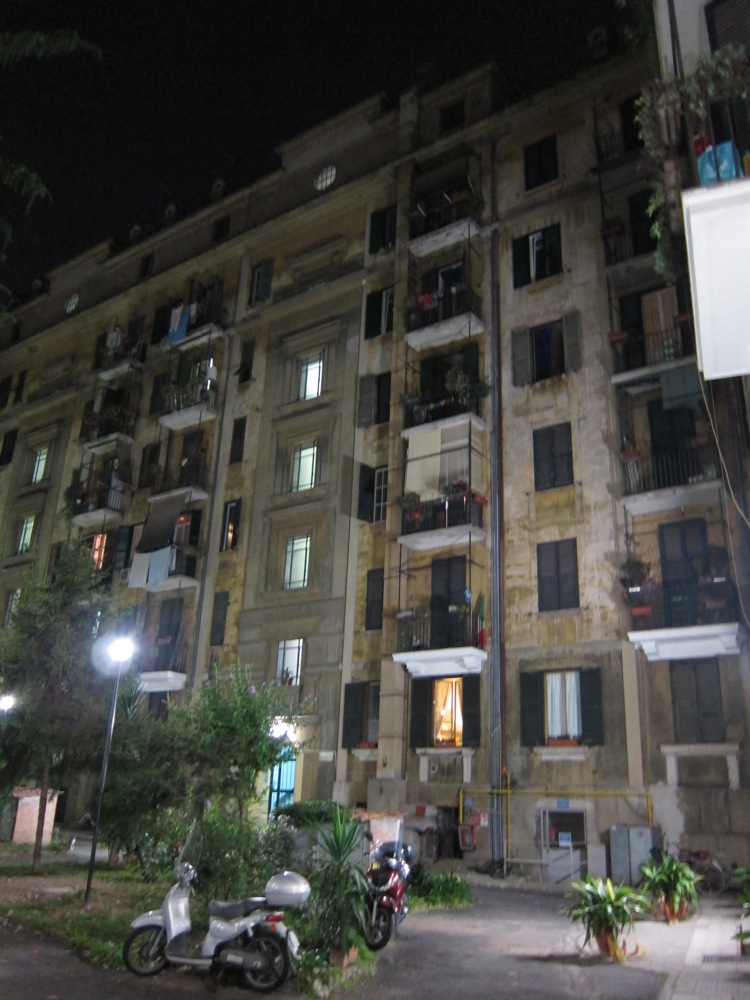 The huge double doors lead into a huge courtyard and there are flats all facing towards the courtyard. My friends’ boarding house is in one of these flats here. Many of the people have their windows open and you can hear just a soft rumble of conversation throughout the whole courtyard. It’s not an annoying nuisance type of noise, but rather a very comforting white noise that reminds you that you are surrounded by neighbors. 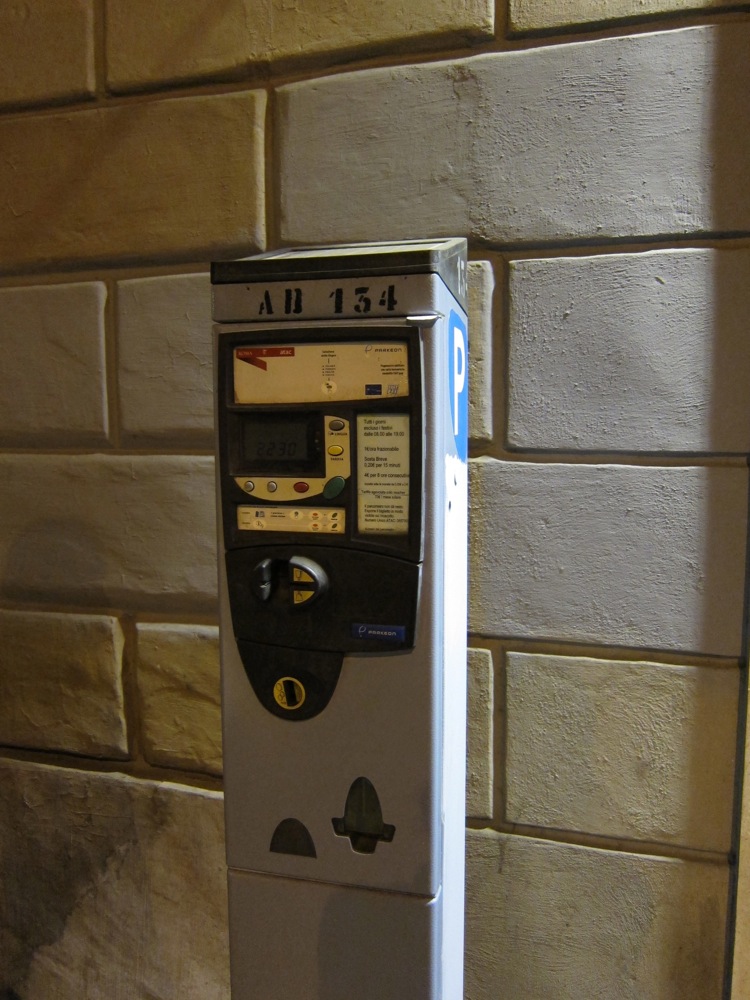 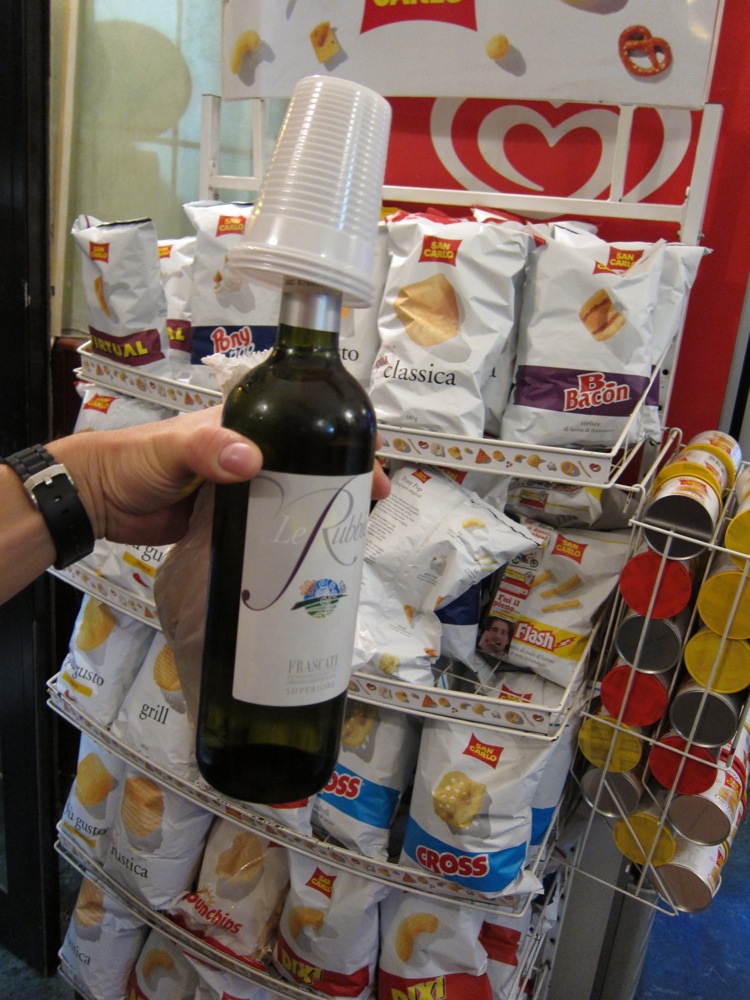 Bottle of wine to go. 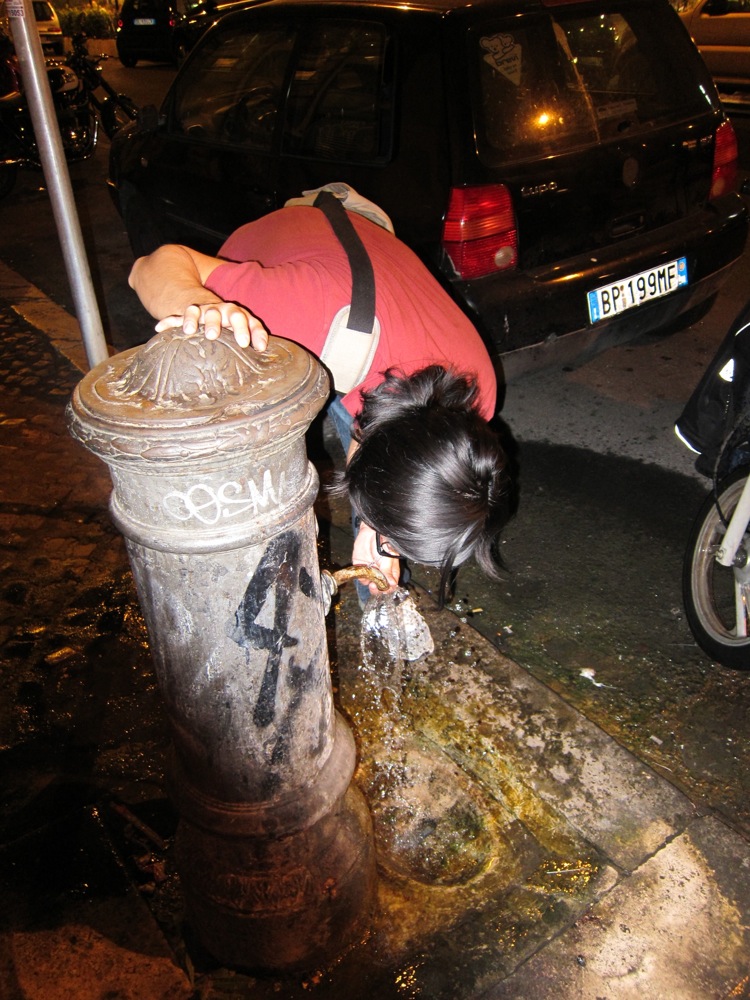 Finally figured out what these things are. I saw others drinking from them and realized that they were drinking fountains. Weird that the water just runs freely with no way of being turned off. What a waste and there’s algae grown all around the sidewalk making it very slippery. I guess this fountain design is based on tradition so they never moved on. 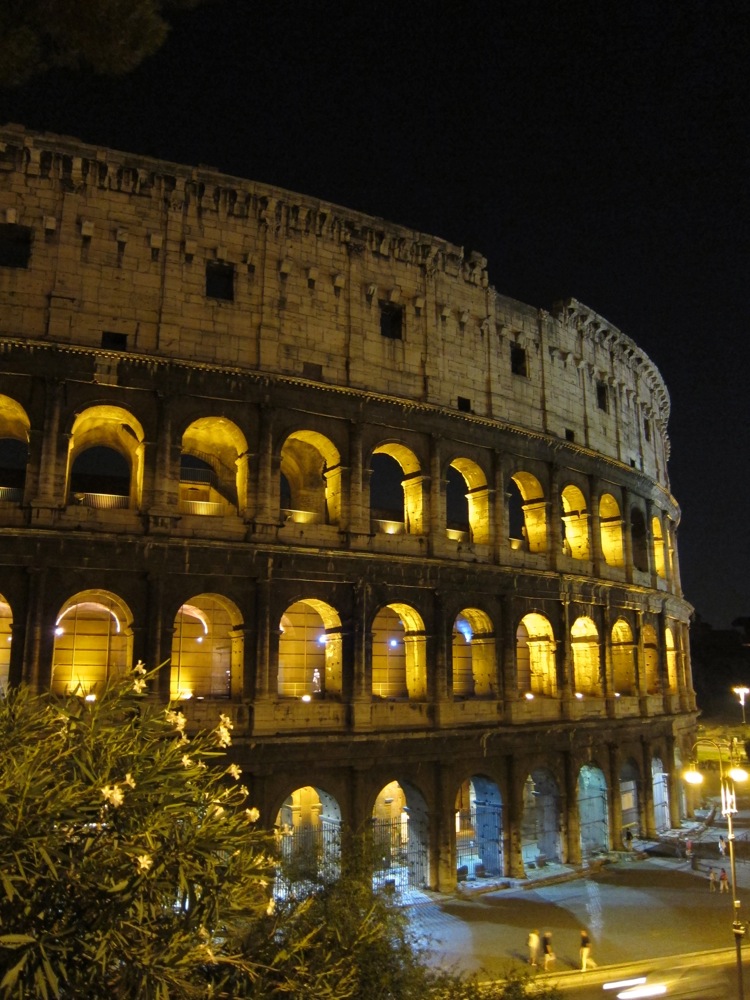 Found a good spot that overlooks the Colosseum at night. Cool weather, bottle of wine, friends, what more could you ask for? 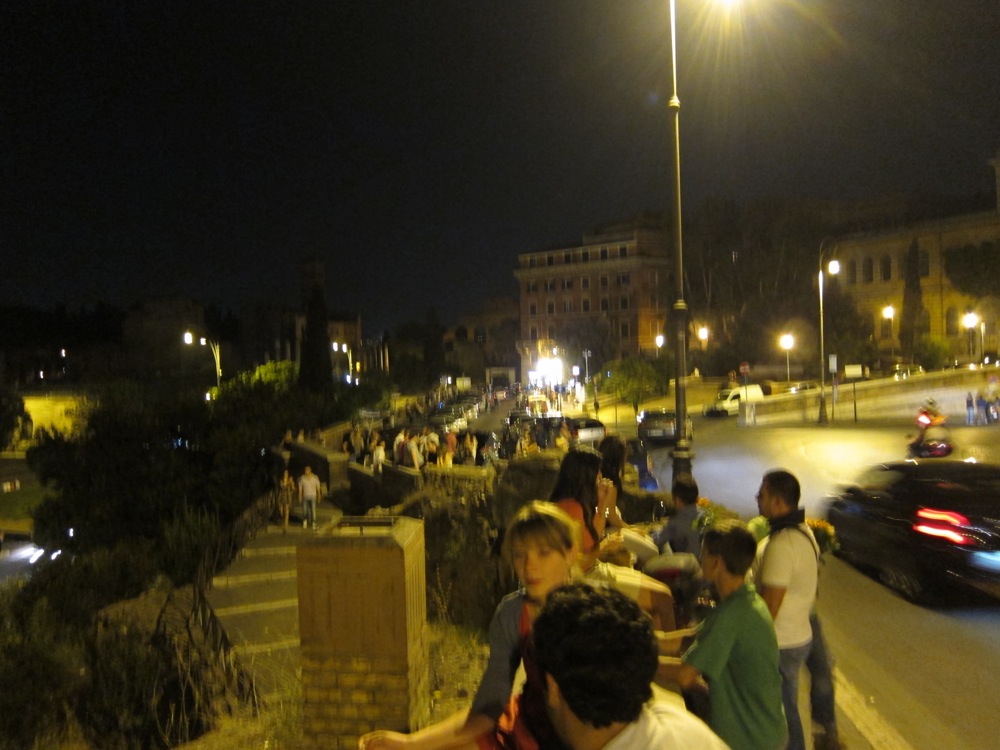 Many others had the same idea. 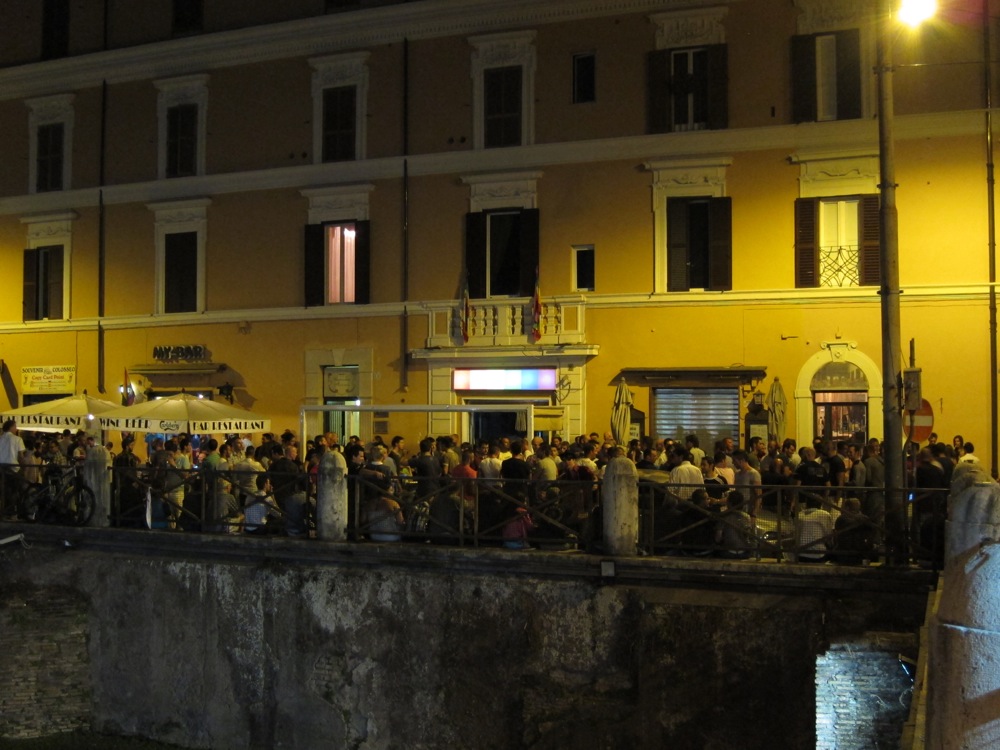 There was a gay bar district right next to the Colosseum. Saturday night, so it was a packed night. 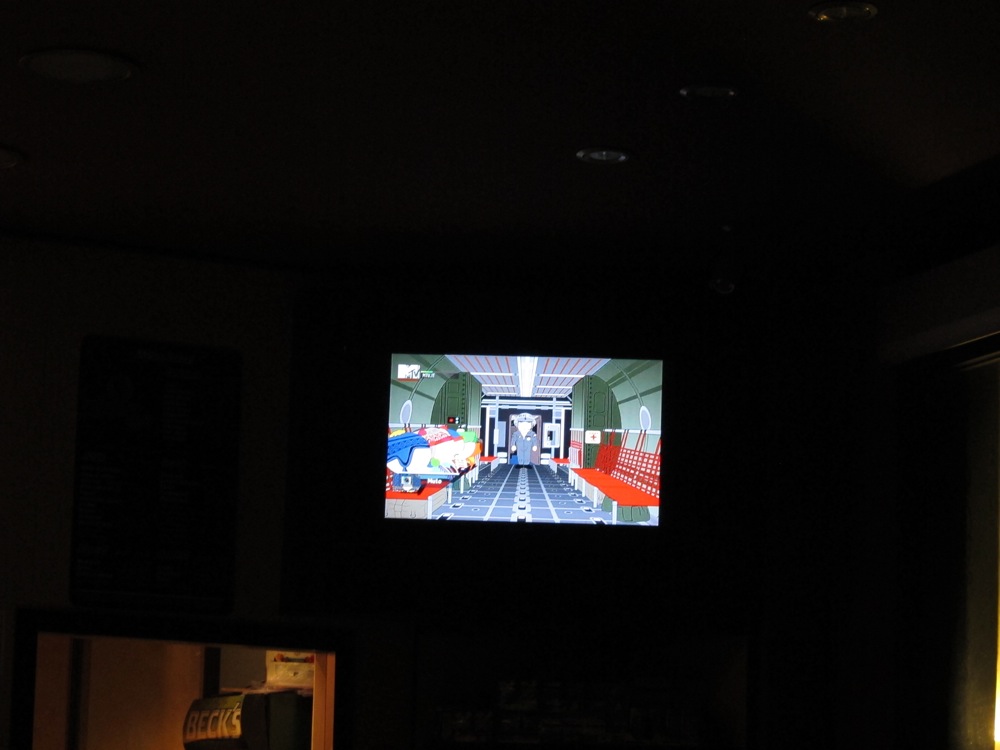 We bought some more wine at one of the bar in the gay district. I believe it was a lesbian bar and they were showing Southpark on TV. 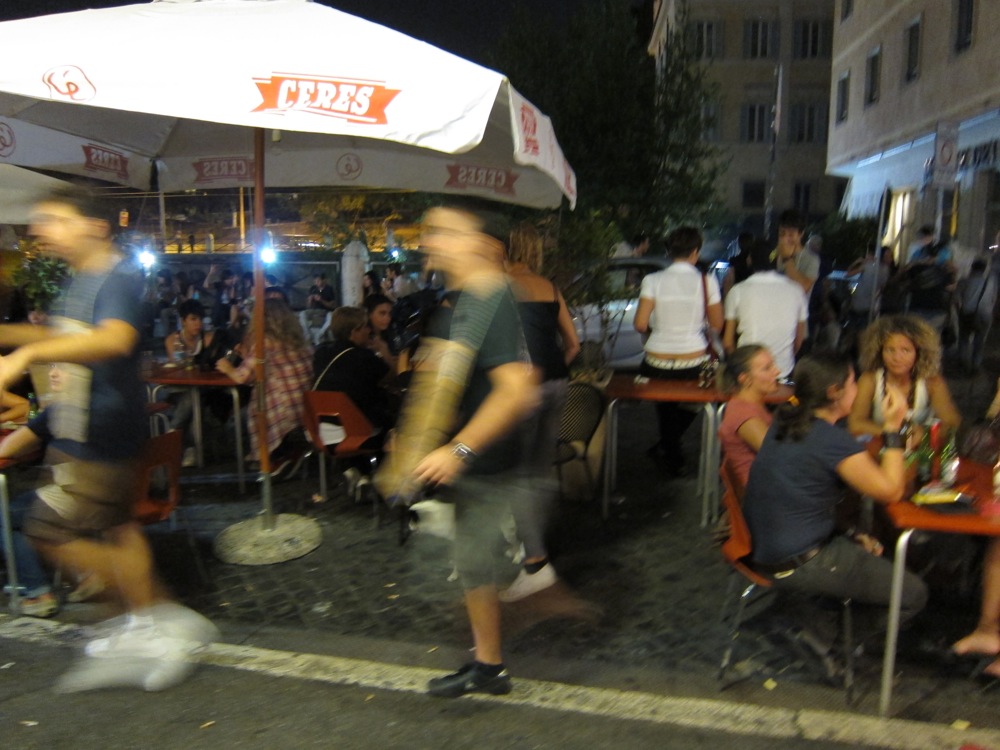 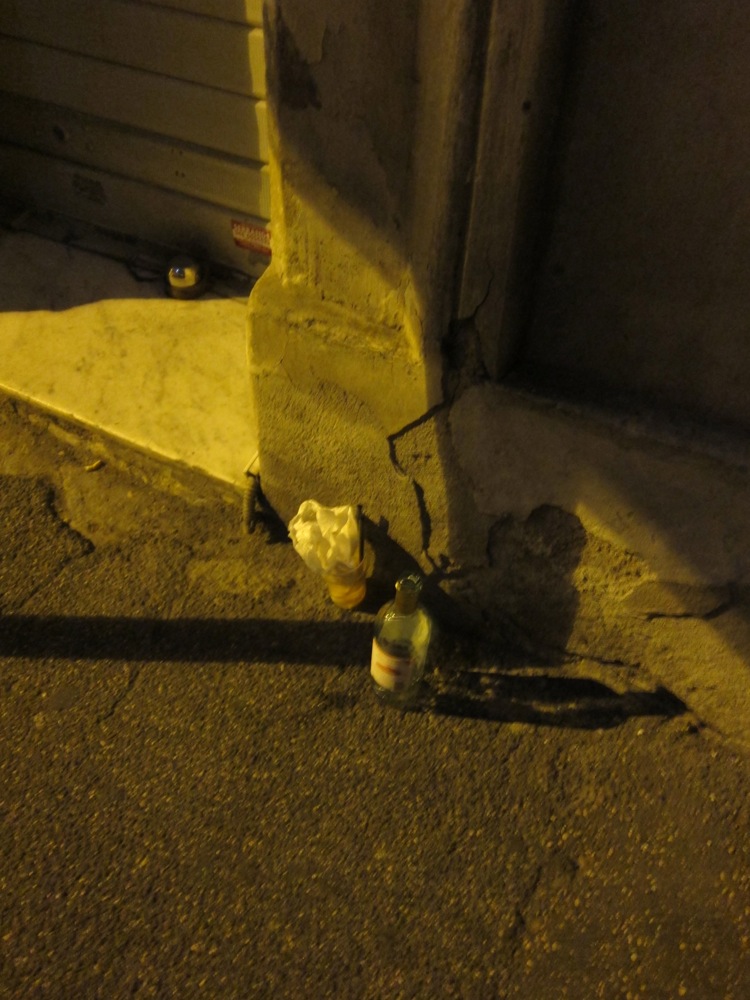 Our drinking nook. No open container laws here so we’d just buy the whole bottle and take it around the street corner to sit on the sidewalk and drink. 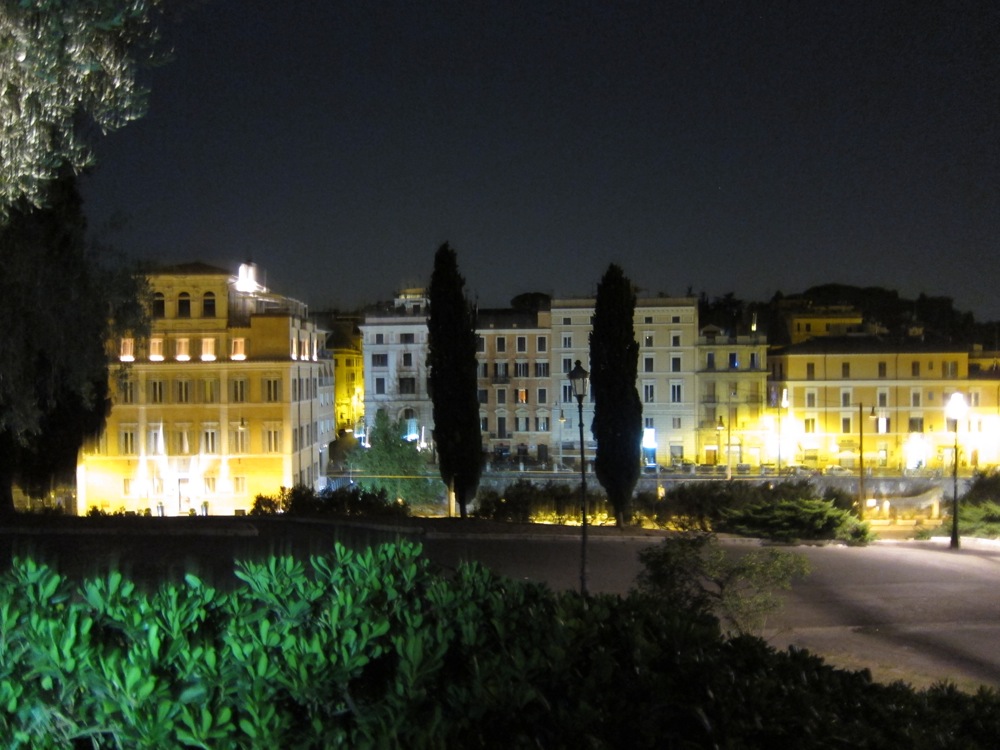 View of the gay bar district from the park next to the Colosseum. 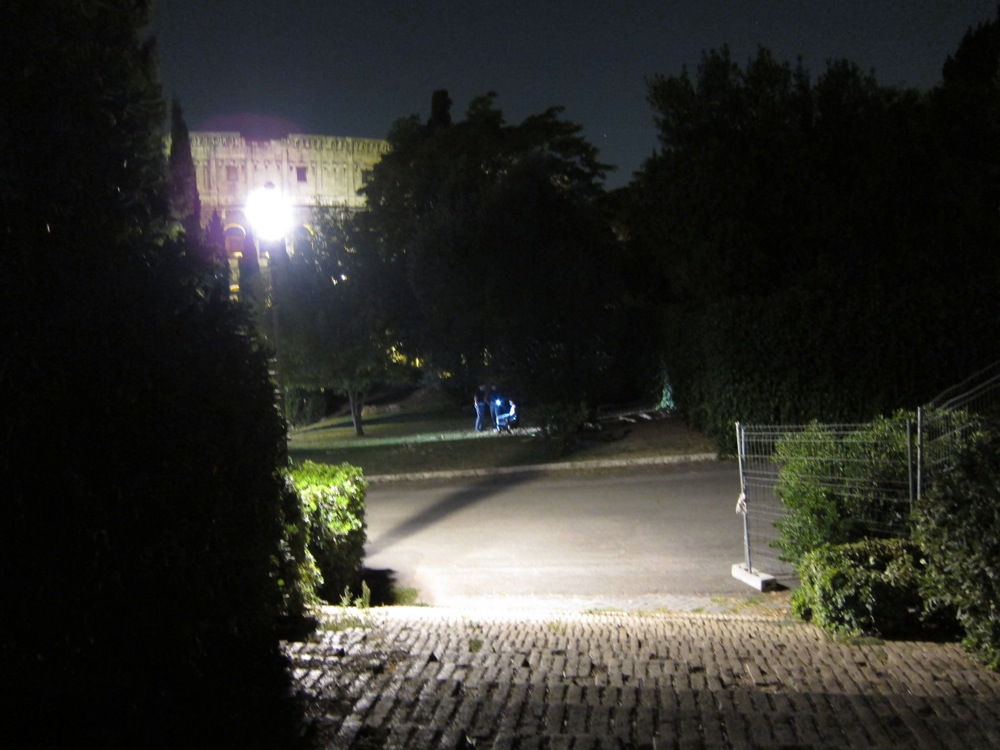 The cops were checking on this guy who was presumably passed out. Amazing. Italian cops doing their jobs. 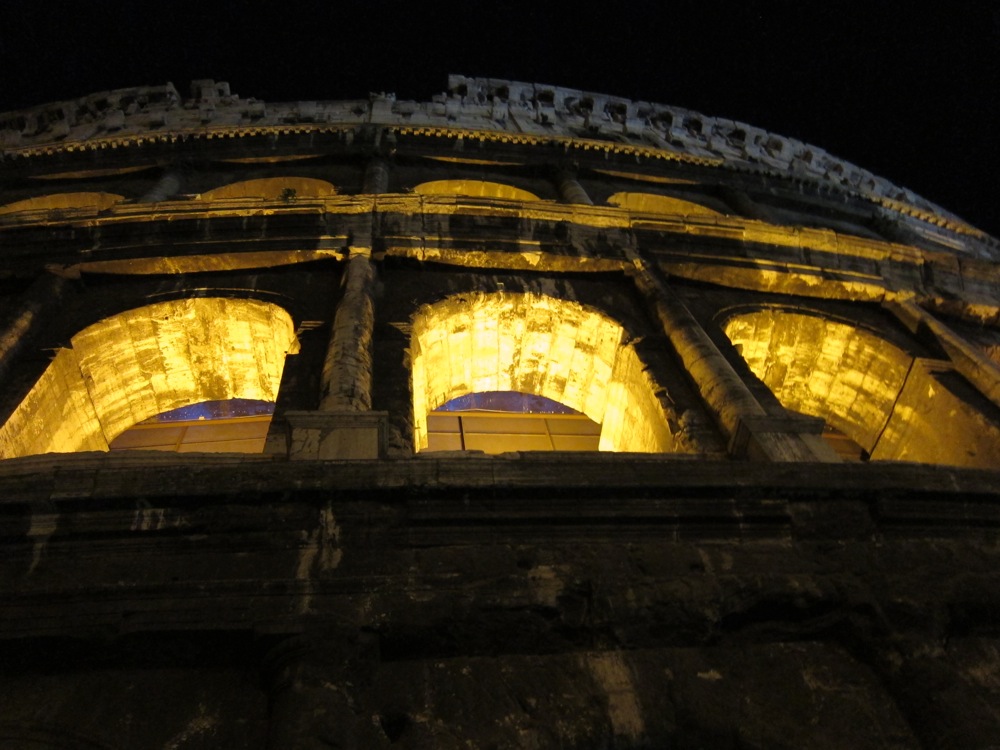 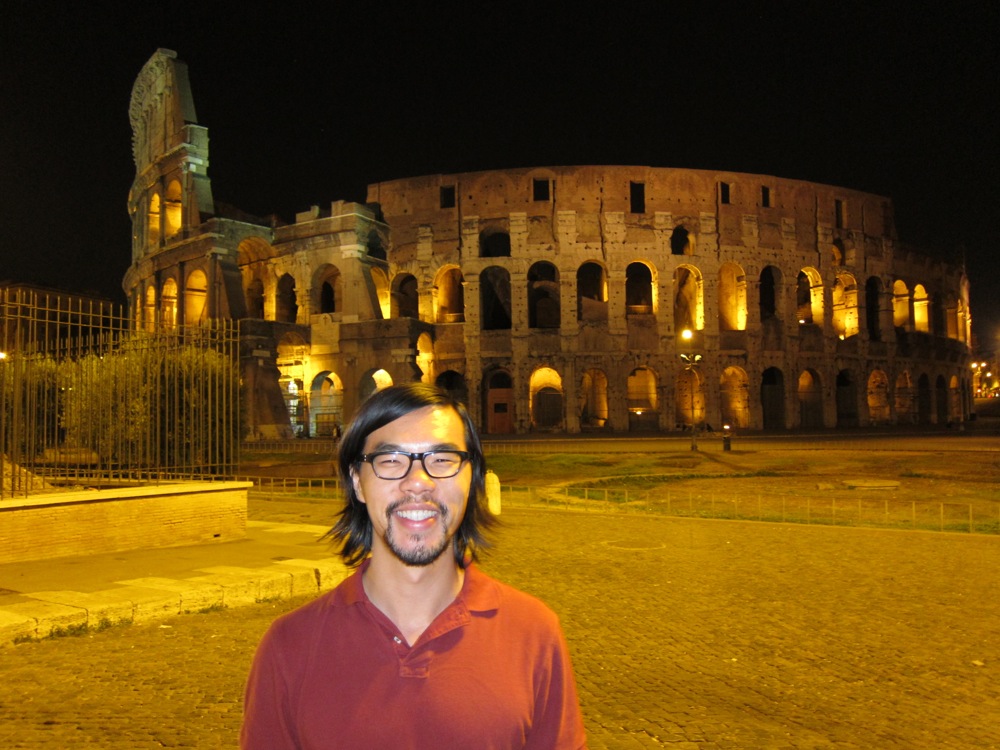 I guess it was meant to be after all. Got the picture of the Colosseum in its entirety which included me in the photo! Big smile for the success. And look, there is nobody around. Weird to see that because during the day time, it’s always crowded.

After visiting the Colosseum, we took a short walk through parts of the Forum that was not gated and locked. Bizarre that at night there are so very few people around these landmarks and you could literally just hop and fence and enter into these national treasures without anybody stopping you.

After looking through the Forums, it was just more wandering through Rome at night. 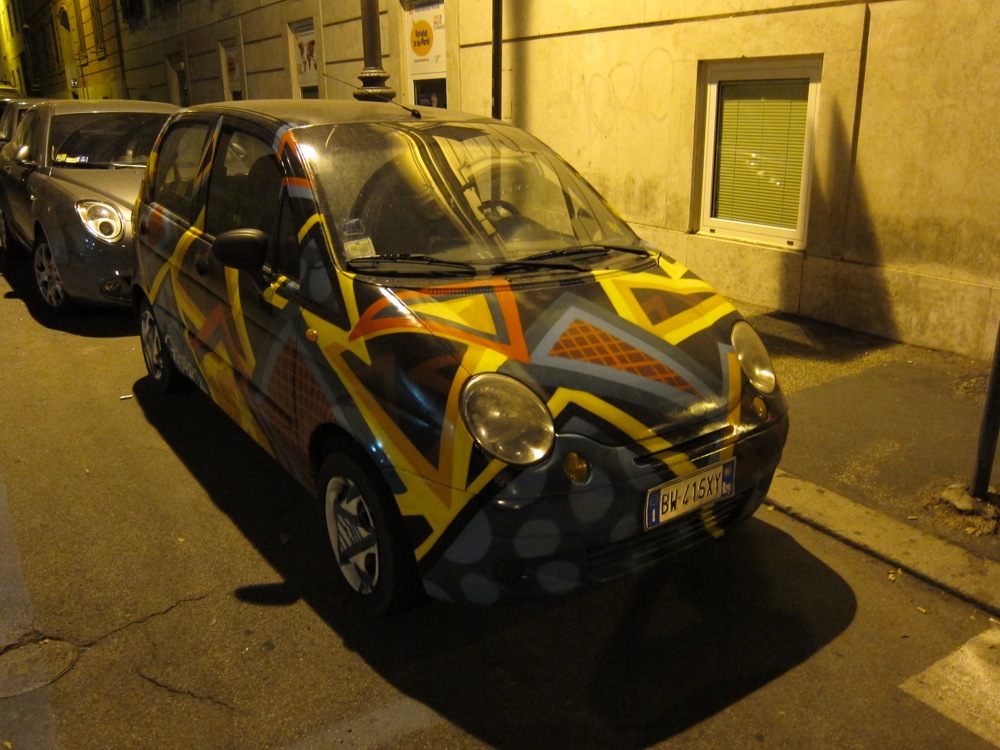 It may not have seemed like it from the photos, but our night ended at around 6:00am again. 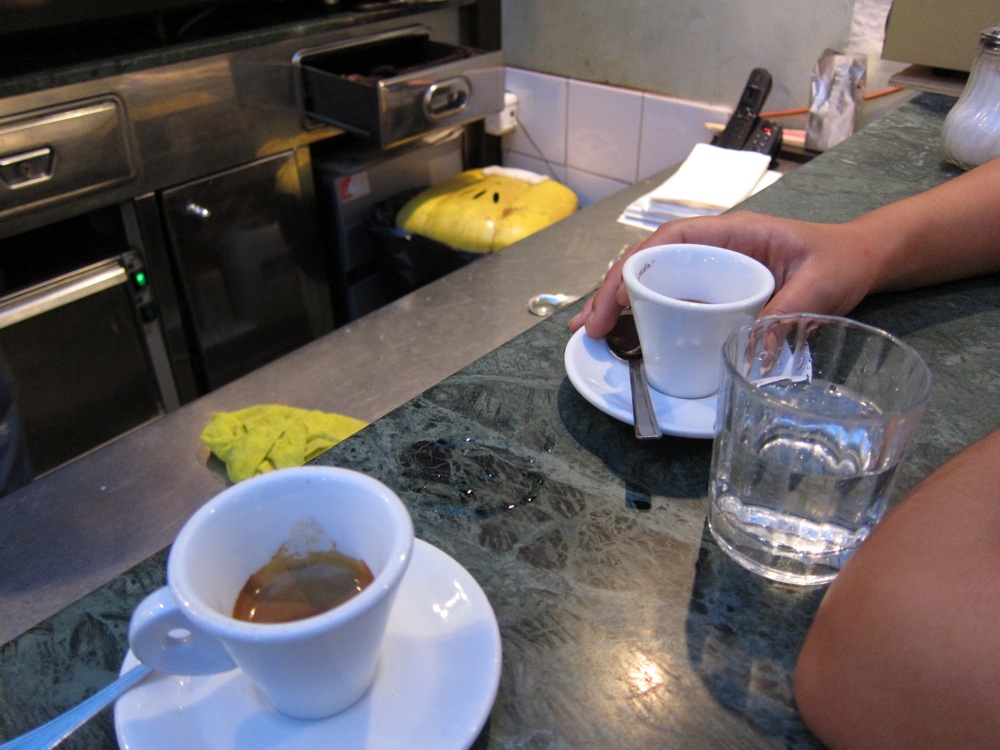 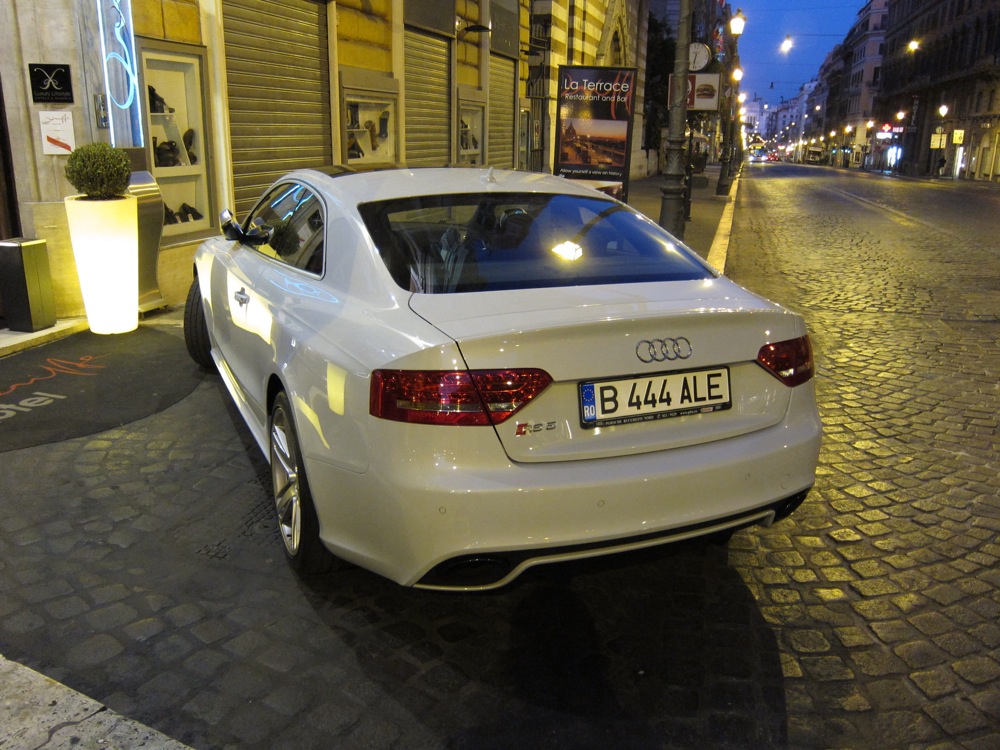 RS5 seen at the crack of dawn.

My body and my liver hates me.

To be continued at Rome Day 4.