This will be my most adventurous trip yet due to the fact that I will be visiting, well, India. I’ve always wanted to see the Taj Mahal and it was pretty high on my bucket list. I also love eating Indian food. Somehow, I could never put two and two together into enough of an impetus to plan a trip to India.

Last year, while on a train from Prague to Vienna, I shared a train compartment with this young couple from Florida who had just started their year long trip across Europe and Asia. They had been to India before, and I peppered them with questions about it. The first description of India out of their mouths was “Cluster Fuck!”. It was all over. I knew I was hooked because I had to see this “Cluster Fuck!” with my own eyes. When I got back to Austin and started thinking/talking about this trip seriously, I discovered that many friends and acquaintances have gone to India before. All descriptions from them about India confirmed the “Cluster Fuck!”. Without fail, the second thing that they mentioned to me about India would be the safety hazards that I would encounter over there(All warned me of the hazards in India except for my friend CS. Fear of worldly hazards is not in her dictionary.) Methanol laced liquor, dysentery, yellow fever, hepatitis, malaria, food poisoning, etc. You name it, I’ve heard it and been warned about it. Then there are all the scams and criminal activities that I would encounter there. All those words of caution led to the photo below. 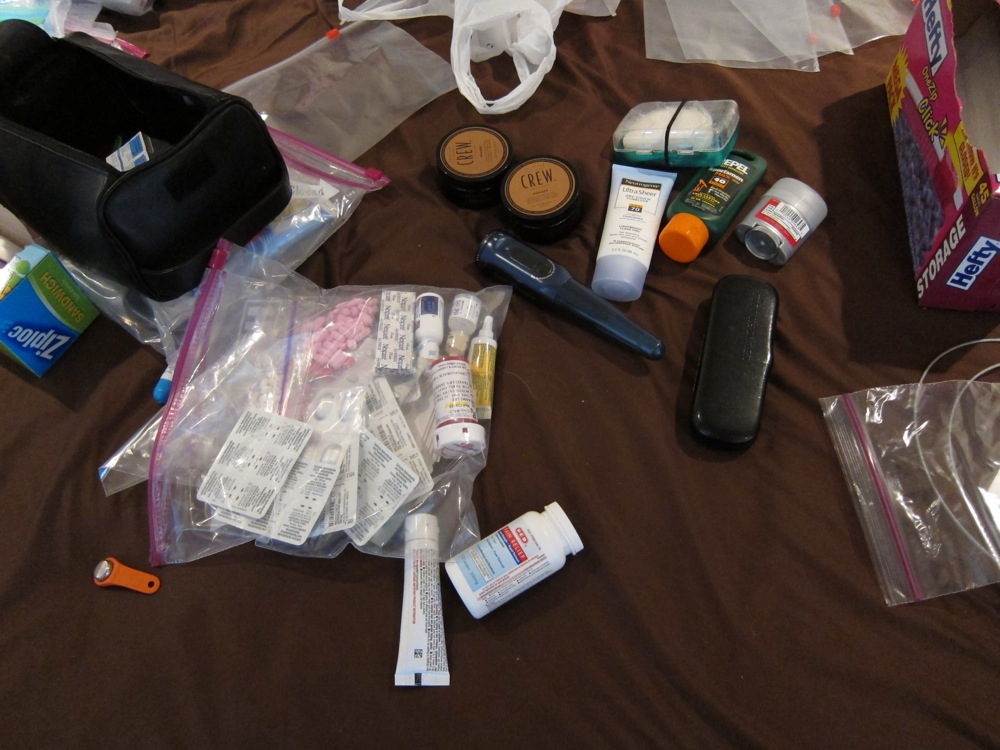 On a side note, did you know that US citizens need a visa to go to India? I was caught off guard by this. India consulate outsources their visa processing in the name of competence and efficiency. I sent off my application along with my money order payment. Then I receive an email stating that they did not receive my money order. I called them, and they confirmed that the money order indeed is lost, and that I should cancel the original one and send a new one. I did that. Hours after I had mailed off the second money order, I receive an automated email from the processing center that my application has been processed. Apparently, the original money order magically reappeared. So much for the irony of the country that does so much outsourcing for other countries outsourcing their own very consulate services. 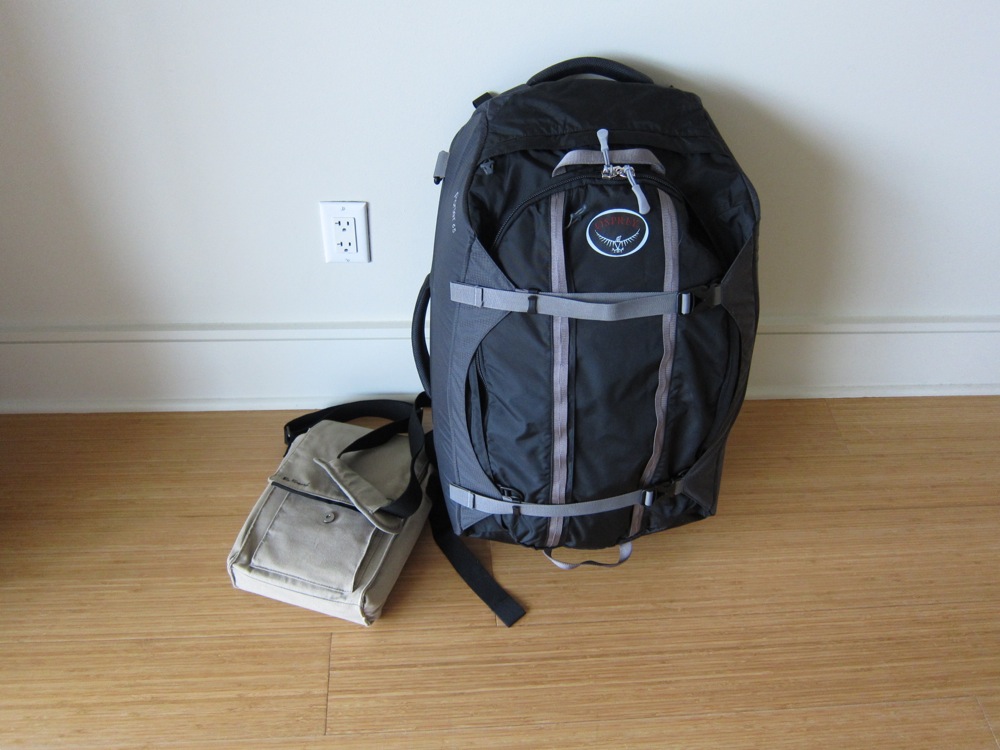 I decided to forgo the rolling luggage and get a backpack this time. It’s just too much of a pain to carry a luggage onto trains and over uneven pavements. I thought that I would have to pack lighter due to limited space, but to my surprise, I still managed to bring almost everything I usually bring on a trip like this.

To be continued at Taiwan Day 1.